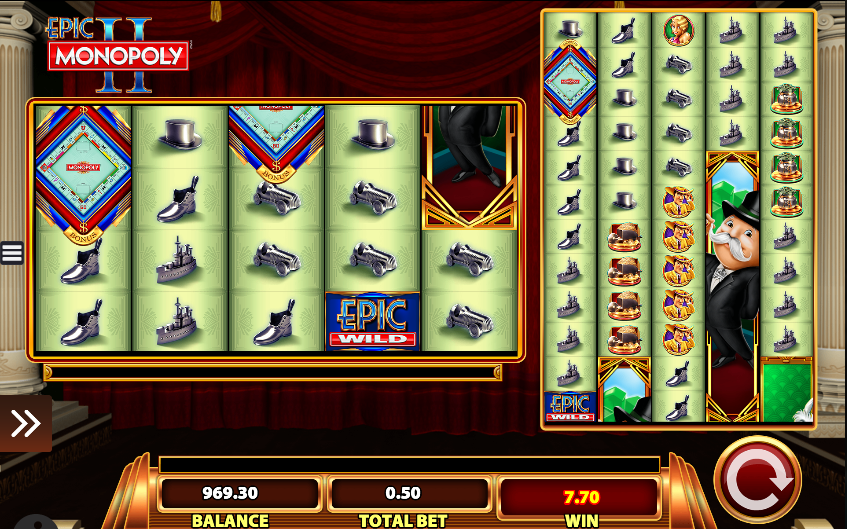 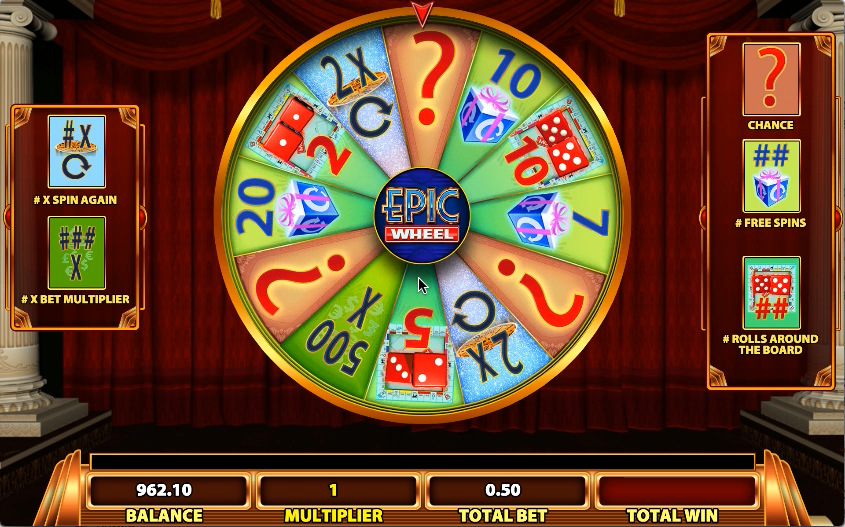 Regular online slots players will be well aware that there is no shortage of Monopoly-themed games, originally from IGT and more lately from WMS Gaming. Epic Monopoly 2 is another based on the famous property-buying game and as well as a number of bonus extras, it also includes WMS’ Colossal Reels setup.

Epic Monopoly 2 is a five reel slot and as you can see from the screenshot above it includes two reel sets – there are 100 paylines in total split between these two sets. The one on the right is the Colossal set and it operates independently except when you land a full reel of wilds on the left – this will then transform the matching reel on the Colossal set wild also.

The symbols are a high quality selection from the board game and include Mr. Monopoly, his white dog, male and female characters, the wheelbarrow, the cauldron, the car, the battleship, the hat and the boot. Mr. Monopoly and his dog can appear stacked on the reels.

The Epic Wild logo is wild and will substitute for all others except the bonus icon – that appears only on reels one, three and five of both reel sets and is an image of the Monopoly board.

This is triggered by landing three or more of the bonus symbols anywhere on reels one, three and five of either reel in the following ways:

You will now get to spin the Epic Wheel and it will land on one of the following prizes:

As long as you can trigger the Epic Wheel Bonus, Epic Monopoly 2 has loads to offer with a variety of extra features on offer and some top notch graphics and animations. Playing the board game if of course the best bit but it’s all good and comes with an RTP of 96.01%.