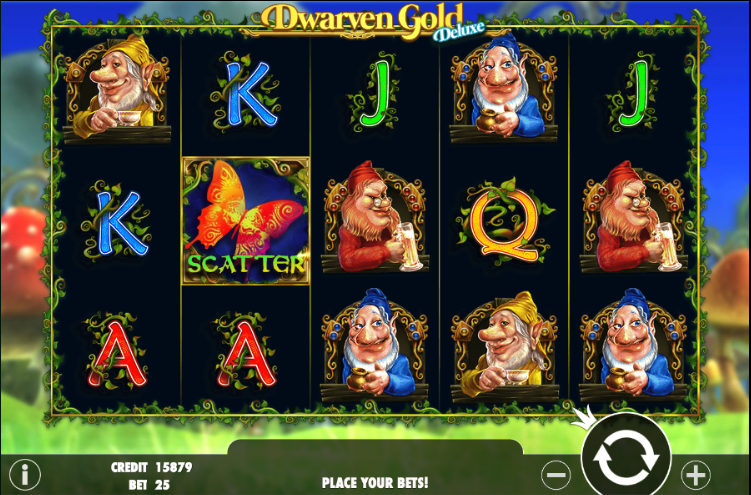 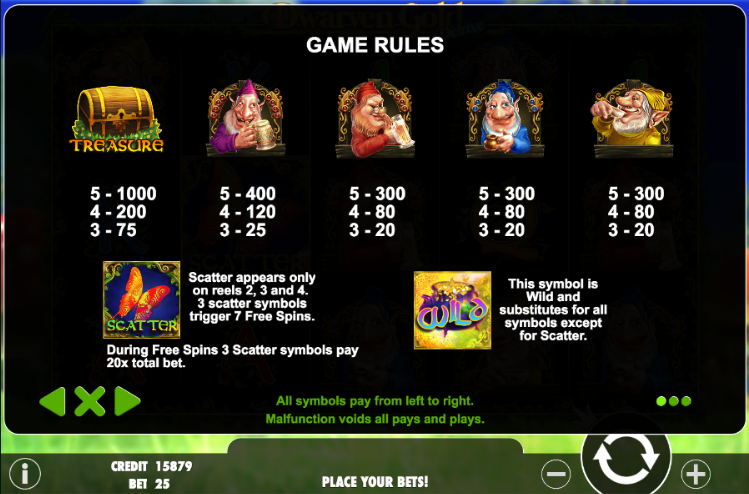 Everybody knows a thing or two about dwarves such as their love of beer, their penchant for a gold old sing-a-long and not least a fascination of all things gold; Dwarven Gold Deluxe is an online slot from Pragmatic Play which celebrates that latter – read all about it below.

Dwarven Gold Deluxe is a five reel slot with three rows and twenty five fixed paylines; a delicate golden frame surrounds those reels, enhanced by creeping vines. There’s a blurry vision in the background of mushrooms and grass under a clear blue sky.

There are five theme related symbols and these include a treasure chest and four drinking dwarfs differentiated by colour – purple, red, blue and yellow; 10, J, Q, K and A make up the lower values.

The wild symbol is a colourful cauldron of gold which will substitute for all others to form matching combos except for the butterfly scatter icon.

This is triggered by landing three of the butterfly scatter symbols anywhere on reels two, three and four and your initial reward will be seven free spins.

You can’t trigger any more spins from within this round but landing three scatters will pay 20x your total bet.

Dwarven Gold Deluxe is a slot with some lovely intricate graphics and animations along with a lively soundtrack to accompany your gameplay; if you can trigger the free spins there’s a veritable cauldron of gold to be won for the luckier players.