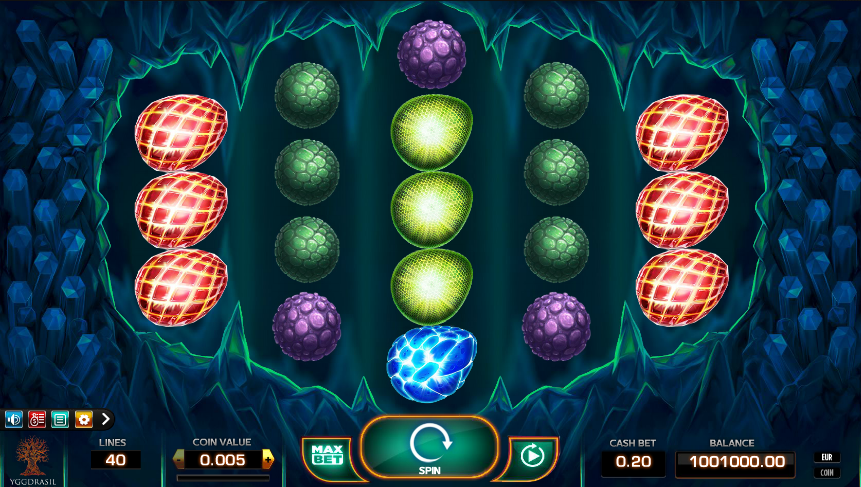 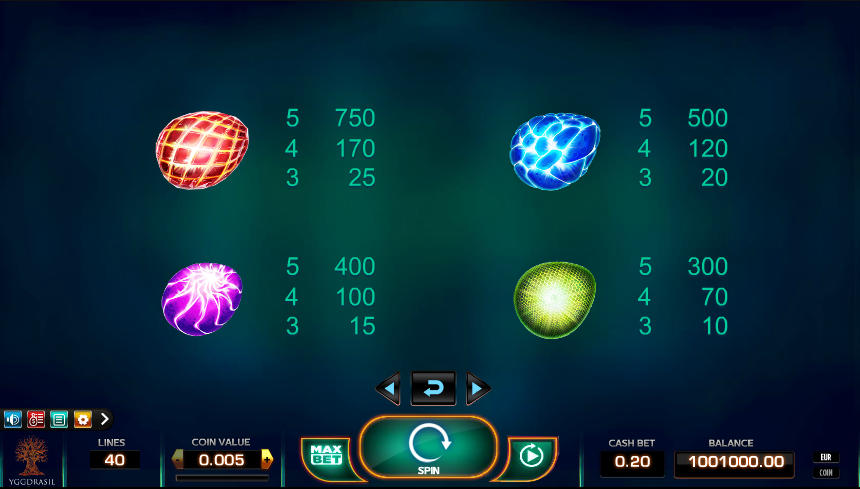 We’ve encountered a handful of dragon-themed online slots over the years and this is a genre which has produced high quality games such as Dragon’s Myth and Water Dragons; Draglings is a good-looking releases from Yggdrasil Gaming which concentrates on the birth of these legendary, but quite cute creatures so check out our comprehensive review to find out how it matches up.

As you can see from the screenshot above, Draglings is a five reel slot with three to five rows and forty fixed paylines. It all takes place in a some sort of underground cavern where stalactites, stalagmites and crystal formations accompany the eggs which rotate on the reels. There’s an engaging soundtrack which won’t have you reaching for the mute button.

Eight dragon eggs comprise the symbols, a smaller and larger one of each colour – green, blue, purple and red. All symbols can appear stacked and in this game wins can be formed from right to left as well as left to right.

There are three wilds in the base game which we explain in more detail below – blue, purple and red are their colours. The fiery ‘free spins’ symbol activates the main feature.

The three wilds which appear during the game have different properties as follows:

Land three or more of the ‘free spins’ symbols anywhere in view and you will win the following:

Seventy five spins is clearly nothing to be sniffed at and as an extra bonus, landing two ‘free spins’ symbols during the round adds an extra two spins to the total. Additionally, wilds occur with increasing frequency.

Draglings is a lovely game to play – it’s high quality with some engaging animations and sound effects. It does seem tough to trigger the bonus feature but perhaps we were just unlucky.