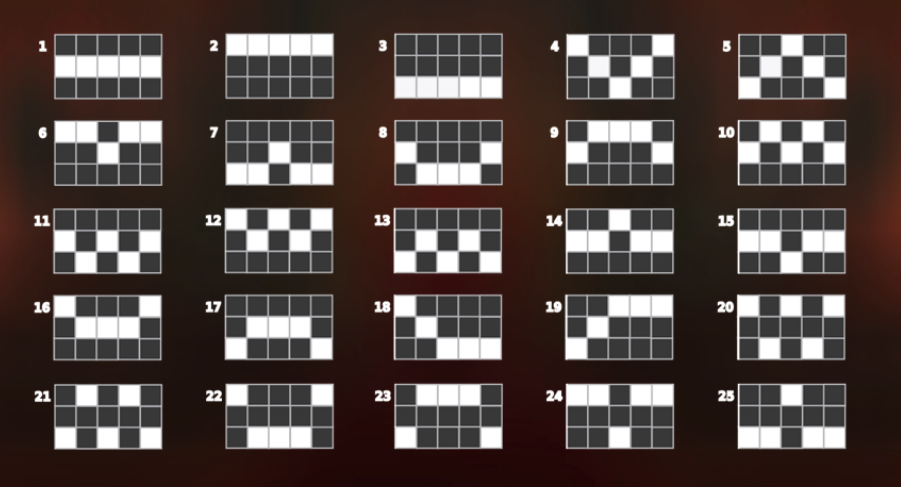 There’s some vampirical activity afoot if you’re brave enough to fire up this online slot from Stakelogic and some clever bonus features to boot – it’s called simply Dracula and this trip to the spooky castles of Transylvania promises free spins with multiplier wins, a picking game and the Super Stake option.

The gameplay in Dracula is accompanied by some suitably creepy music and the twenty paylines are set in stone again a backdrop of candles, chandeliers and hazy red decor.

Dracula is the highest value symbol at 80x the stake and he’s joined by who we assume is Van Helsing (the vampire hunter), a vampiress and perhaps Jonathan Harker from Bram Stoker’s original story; gems in assorted shapes and colours make up the lower values. The vampires mouth is wild and the special symbols are the locked golden door and the skull.

Click the Super Stake button to double the stake for increased chances of landing bigger wins and triggering the Random Wilds in which up to ten wilds can be added to the reels on any losing spin. On average this bonus should hit once every twenty nine spins or so.

Landing at least three of the skull scatter symbols anywhere in view will award an initial ten free spins but these can be retriggered in the same way; during this round all wins will be tripled.

This is triggered by landing at least three of the golden bonus door symbols on an active payline and you’ll be transported to a screen displaying twelve chests – just keep selecting them and accepting the prizes inside until you find the one which ends the round. If you’ve triggered this round with four or five doors you’ll get a 1.5x or 2x multiplier applied to your winnings respectively.