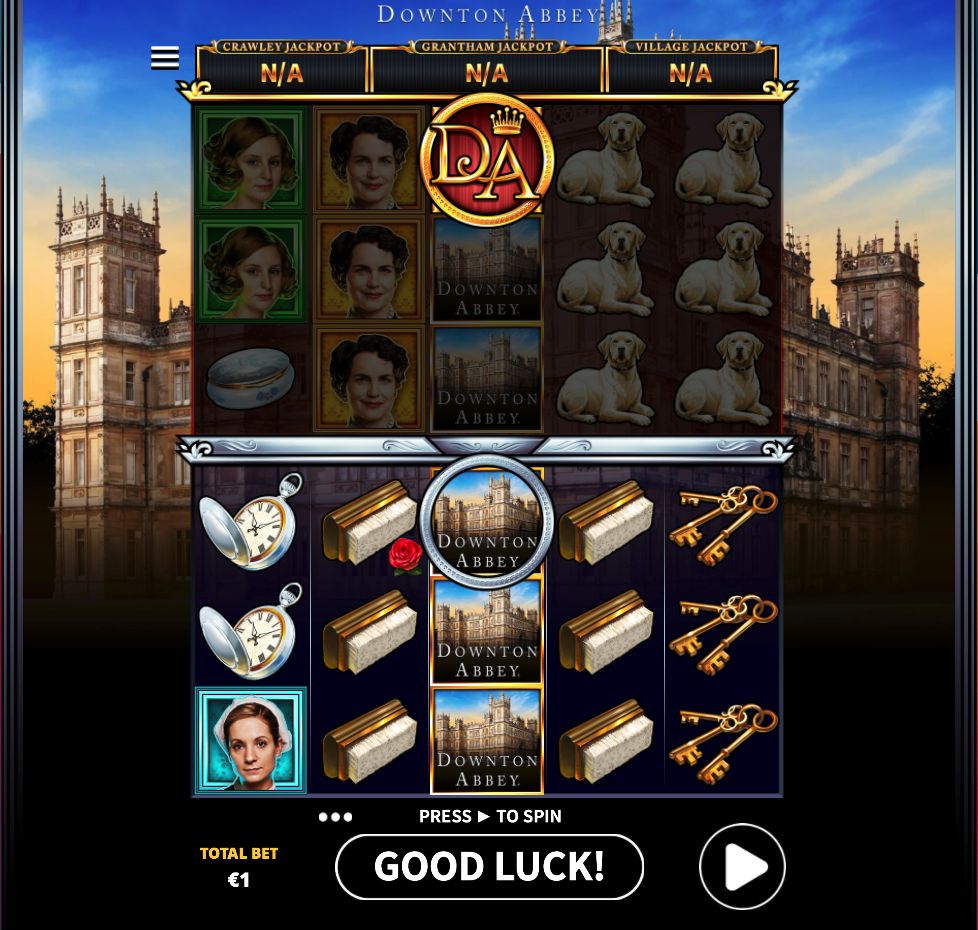 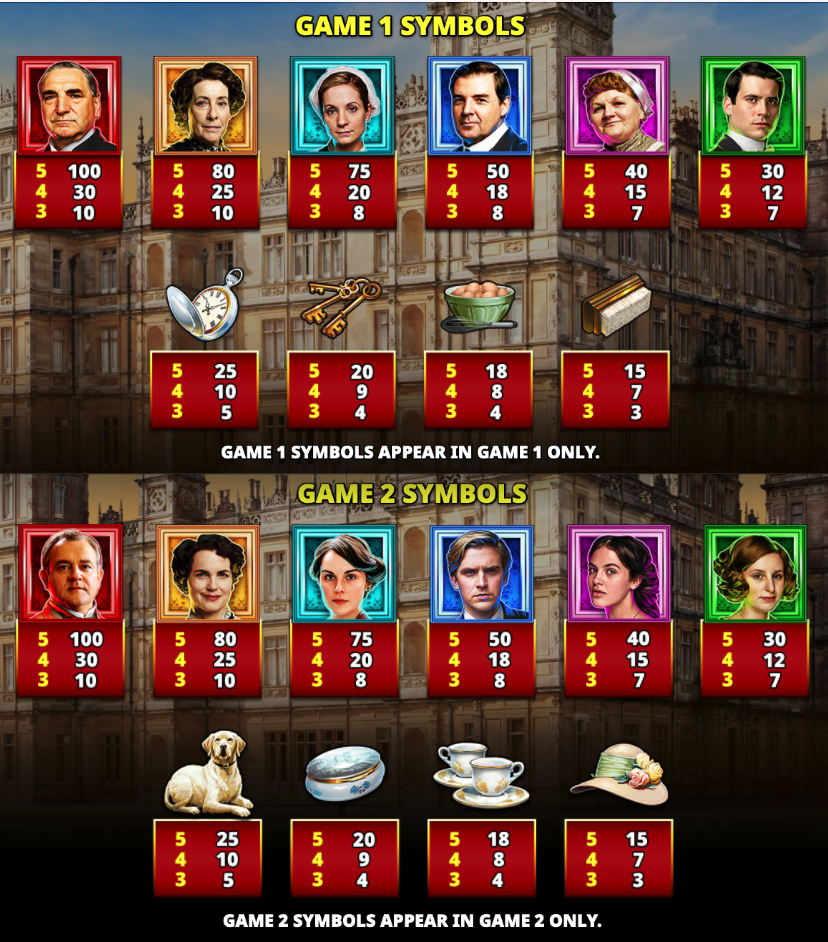 Love it or hate it, Downton Abbey was a wildly popular television show following the fortunes of the very rich Crawley family in the early part of the 20th century; the Crawleys are now also the theme of an online machine called Downton Abbey developed by Skywind and it comes with three progressive jackpots and loads of themed bonus features.

Downton Abbey is a five reel slot with three rows and forty paylines in the base game; the Crawley’s cast residence forms the backdrop and you’ve probably already noticed the extra set of reels above the others which we’ll explain shortly.

The six high value symbols are characters from ‘downstairs’ and they include Mr Carson, Mrs Hughes, Anna Bates, John Bates, Thomas Barrow and Mrs Patmore; lower values are a pocket watch, a set of keys, a bowl of eggs and a brush. The stately home is wild while the special symbols include the bell, the games’ logo, and three scatters – Duty Calls, Reels of Wealth and Minor on the Move.

When the upper reel set comes into play the symbols are the ‘upstairs’ Crawley family – Robert, Cora, Mary, Matthew and Rose; there’s also a dog, a pin cushion, a tea set and a posh hat.

This is triggered when the bell lands in the ‘activation zone’ at the top of reel three; the upper reel set will now light up and any wild symbols in the lower set will replicate themselves to the upper one.

This can occur when the bell lands anywhere on reel three and up to ten wild symbols will added to the reel set. It can combine with Upstairs Downstairs from some extra excitement.

Landing at least five symbols with the red rose overlaid will kick this feature off and it’s a lengthy picking round which starts with thirty options. Prizes may be:

Keep picking until you’ve found two matching scatter symbols at which point the round will end and a free spins feature based on that scatter will start.

There’s loads going on here but once you start spinning the reels it al falls into place and we’d have to say that if you’re a fan of the show then you’ll love the Downton Abbey slot; delicate household sound effects combine with some engaging gameplay to create a game which everyone should enjoy.