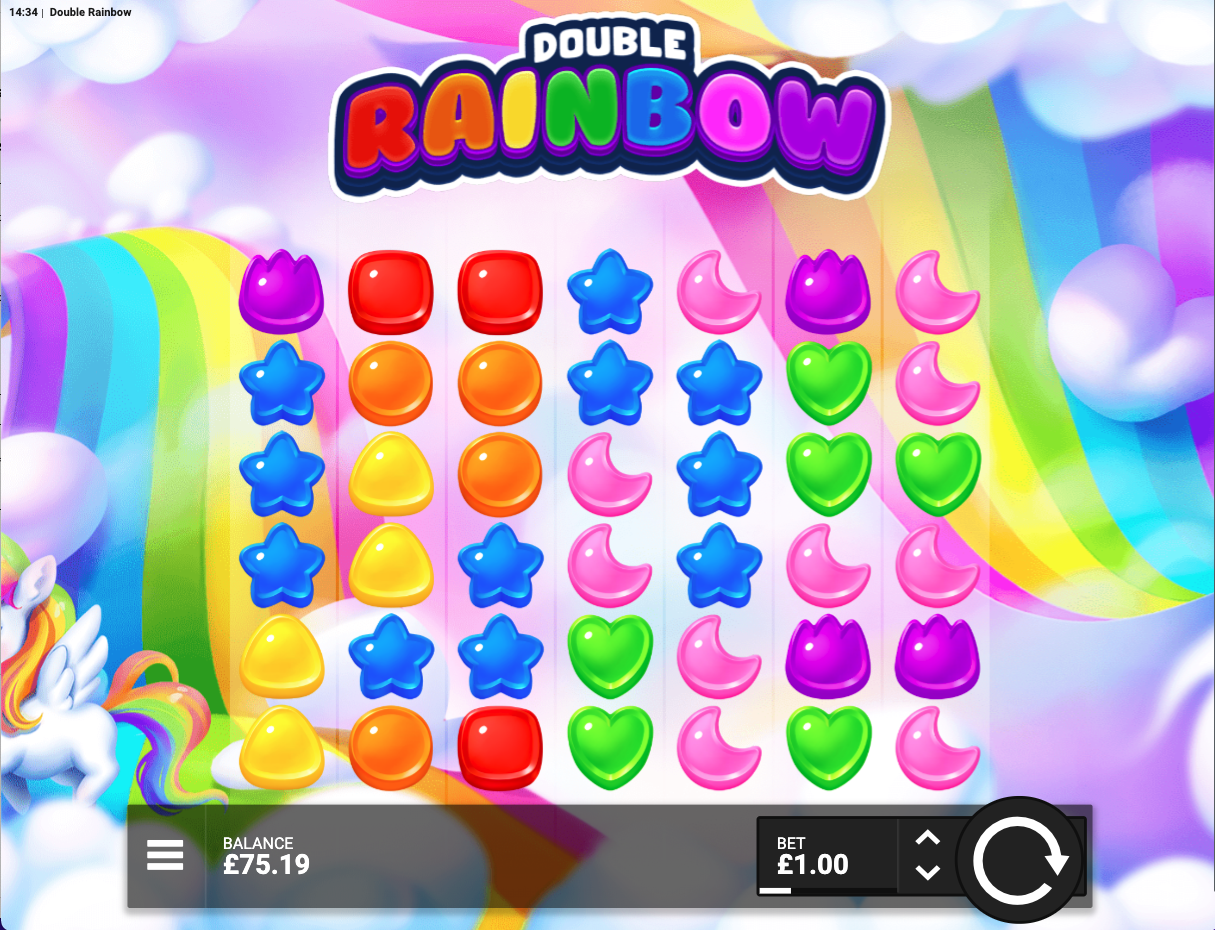 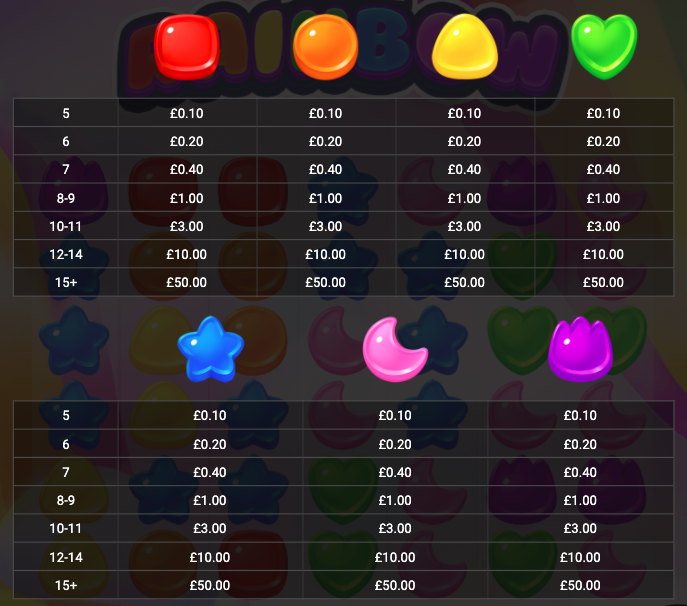 All the colours of the rainbow and what we assume are candies generate the gameplay in this online slot from Hacksaw Gaming – it’s called Double Rainbow and from just £0.10 per spin it tempts players with a cluster payline mechanic, cloud multipliers and the Full Rainbow free spins.

Double Rainbow may or may not be about candies as well as rainbows but the design is reminiscent of all those sweet-themed slots from various developers; it’s a 7 x 6 grid in which wins are formed by landing clusters of at least five matching symbols anywhere on the reels.

What we’ve called candies come in a variety of shapes and all the colours of the rainbow – red square, orange circle, yellow triangle, green heart, blue star, pink (not indigo) crescent and toilet petal. The lightning strike is wild and the clouds are the special symbols.

The screenshot above shows that the seven reels are coloured in the order of the rainbow and when a cloud lands on a particular reel that reel’s colour is activated and a multiplier of between 2x and 250x shown above – any wins created with symbols of that colour will be subject to that multiplier. An extra spin is also awarded to keep the multipliers in place for a bit longer.

A double rainbow ow cloud will add a multiplier value of between 2x and 250x to any active multiplier reels. It will also add three extra free spins.

This is the most valuable feature and it’s triggered when all reels are activated as Rainbow reels along with their multipliers – all those values will now be multiplied again by a value between 2z and 10x which gives a maximum possible of 5000x. Five extra spins will also be awarded.