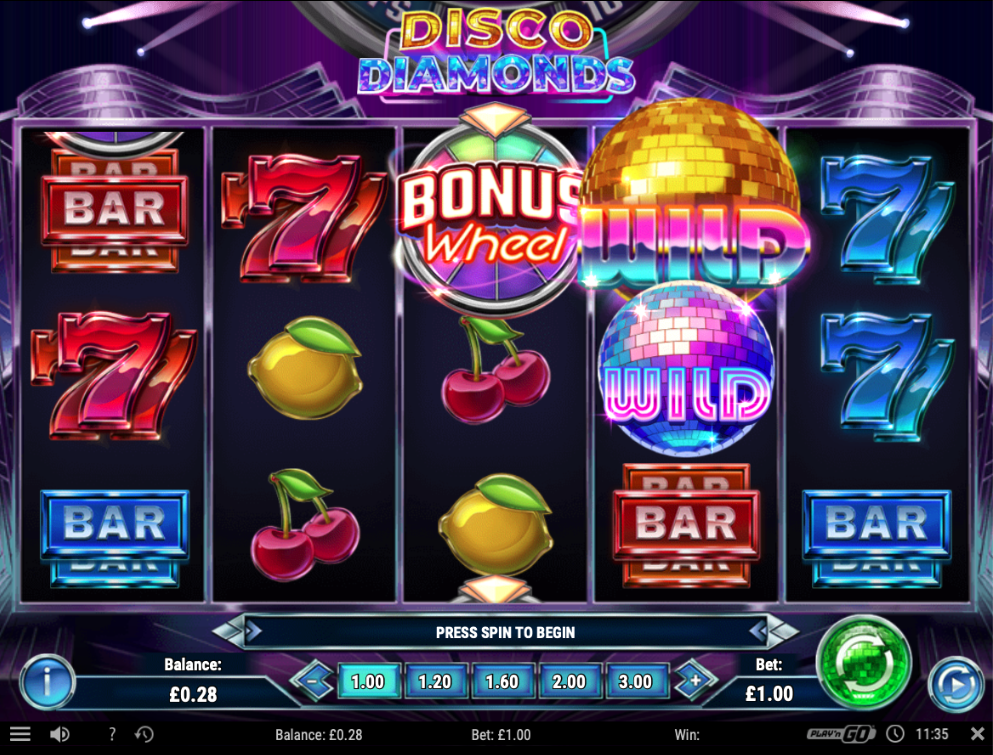 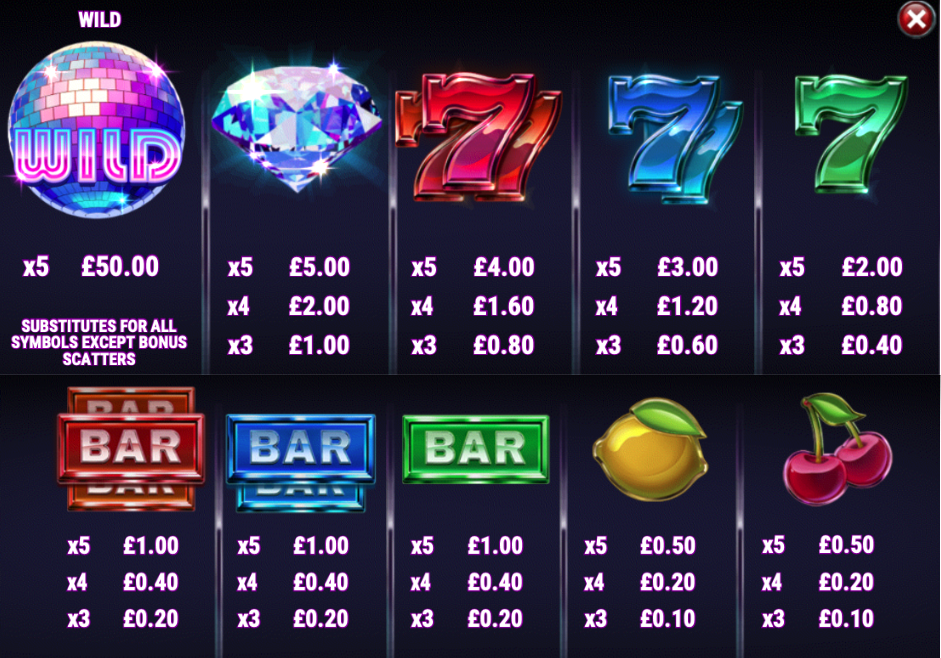 A 1980s disco vibe and plenty of shiny fruit are the win themes of this music-themed online slot from Play N Go – it’s called Disco Diamonds and from £0.10 per spin it offer players access to the Bonus Wheel with prizes such as free spins and instant wins available.

Disco Diamonds is a five reel slot with three rows and 243 ways to win; the backdrop to those shimmering reels is a combination of Art Deco and 1980s nightclub in which spotlights illuminate the action.

High value symbols include the glittering diamond, triple red sevens, double blue sevens and single green sevens; lower values are represented by red, blue and green bars, lemons and cherries. The glitter ball and the golden glitter ball are both wild and the Bonus Wheel is the scatter.

Landing just one golden glitter ball anywhere on the reels will activate this feature and you’ll receive one respin in which all wilds will lock in place; any new gaoled glitter balls landing will continue the spins and there’s a win multiplier which starts at 2x and increase by 1x with each extra spin.

Landing three of the Bonus Wheel scatter symbols anywhere on reels one, three and five; the wheel will now spin and award an instant cash prize of up to 50x the stake or 5, 7, 10 or 20 free spins.

The Disco Respin is active in these free spins and any multipliers earned in one Respin will carry over to the next set of Respins. It’s not possible to trigger any more spins from within this feature.

Disco Diamonds takes us back to an era of terrible music and fashion quite successfully and along the way we get to enjoy the multiple delights of the Bonus Wheel and the potentially big wins of the Disco Respins. Any downsides? A rather low RTP of 94.55%.