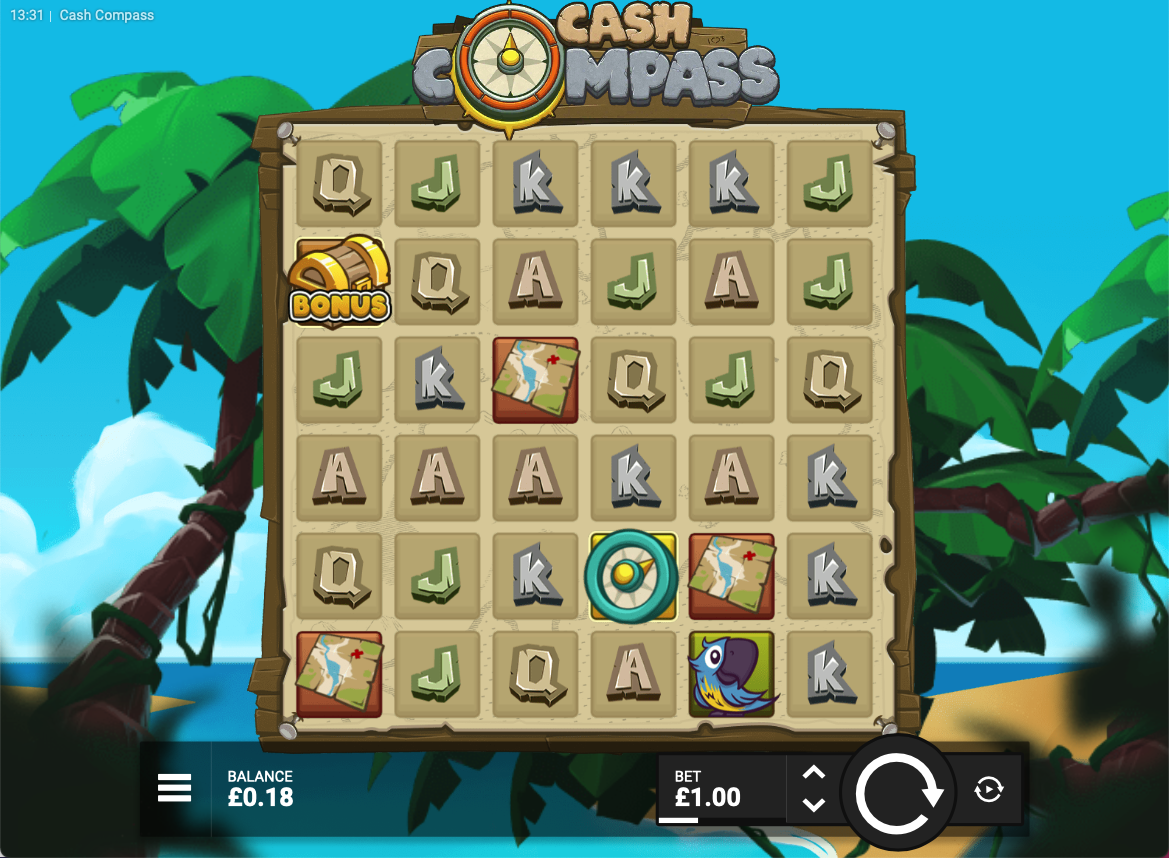 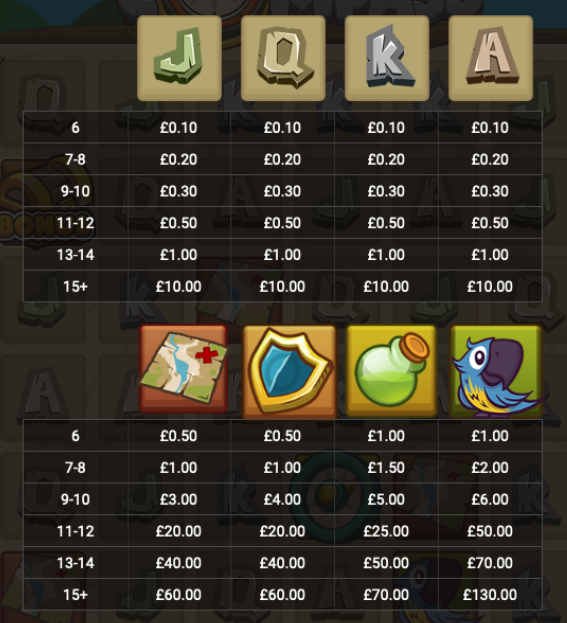 Deserted tropical islands are a regular venue for online slot machines, especially those with piracy as their theme and here we have one more to add to the crew; it’s developed by Hacksaw Gaming, it’s called Cash Compass and it’s a cluster-based game with two clever bonus features.

Cash Compass plays out on the 6×6 grid shown above which floats against a backdrop of palm trees and calm, blue seas. The aim of this game is to create clusters of at least six matching symbols which run horizontally and/or vertically.

This symbols include the treasure map, the shield, the green potion and the parrot while J, Q, K and A are the lower values; the compass, the ‘FS’ bottles and the treasure chests are the special symbols. There is no wild symbol.

Landing at least five of the compass symbols anywhere in view will activate this feature and the compass above the reels will now spin; it will point in one of eight directions and any compasses on the reels which can expand in that direction will do so, after which any payout will be evaluated.

Trigger this by landing at least three of the ‘FS’ bottles anywhere in view and you’ll receive ten free spins; there are more compasses on the reels during the spins and only once has to land to trigger the Compass Bonus which means it occurs on most spins.

This is activated by landing at least three of the treasure chest bonus symbols anywhere in view and a wheel will now spin and award prizes until it lands on the skull.

Prizes available to be won are free spins (up to fifty) and win multipliers – landing on a multiplier will upgrade it for the next spin and the maximum is 250x.

Cash Compass immerses itself in piracy and treasure hunting and the result is a really enjoyable arcade slot with regular features and some big wins in both the base game and the various bonuses – highly recommended!