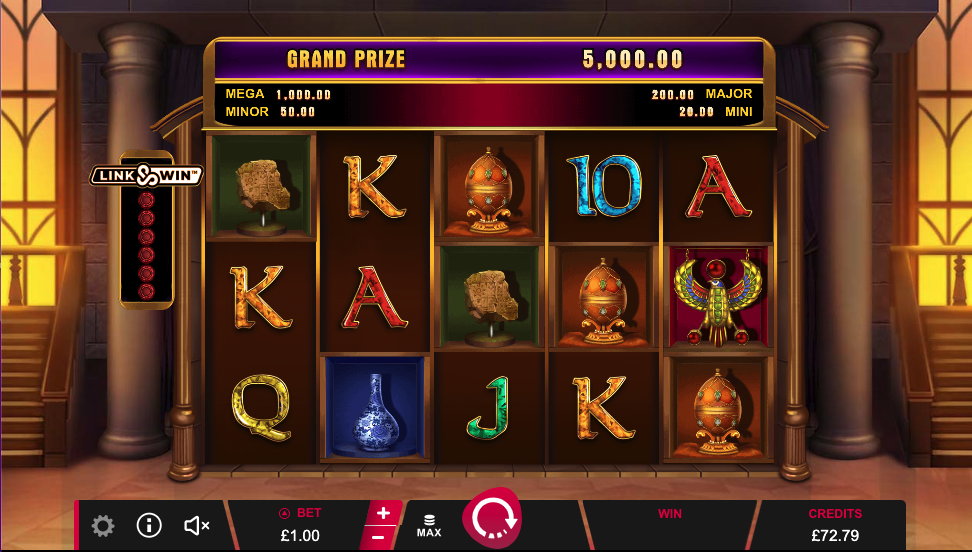 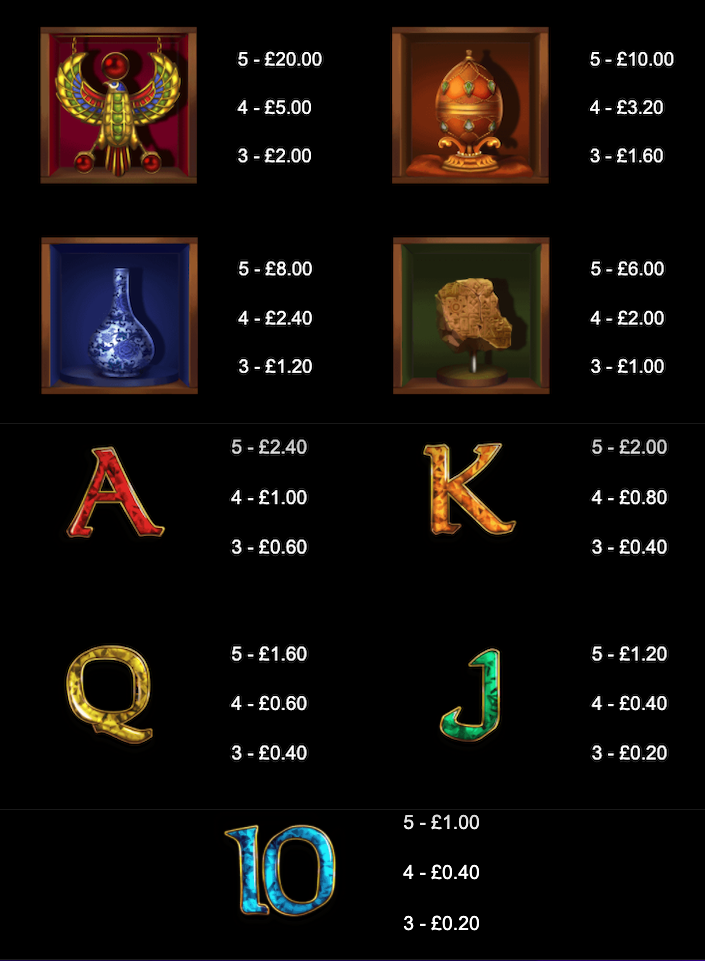 Crime is the theme of this online slot from Microgaming/Pulse 8 Studios and the tale is one of attempted theft from a stately home containing many treasures; it’s called Bust The Mansion and from £0.25 per spin it offers players the chance to win Link&Win respins. Money Vault jackpot prizes and free spins.

Bust The Mansion is a five reel slot with twenty five paylines and all the action takes place inside this huge pile in which antiquities from around the world are stored.

The four high value symbols are the Egyptian bird, the Faberge egg, the Ming vase and the something which could be the Rosetta Stone; 10, J, Q, K and A represent the lower values. The ‘Wild’ is of course wild and the special symbols are the ornate key and the Money Vaults.

Landing at least six of the gold or silver vaults anywhere in view will kick this feature of and it’s a standard respin bonus in which the triggering vaults lock in place for three spins – any new vaults landing will lock also and reset the number of spins to three again. When the round is over the prize is all the values on the vaults added together. The values can also display the Mini (20x), Minor (50x) or Major (200x) jackpot prizes but the main award of 1000x is earned by filling all positions with vaults. There’s also an extra vault wild which appears during this feature and it acts like a regular wild.

Three, four or five of the key scatter symbols anywhere in view will award 10, 15 or 25 free spins respectively but more spins can be triggered from within the round with three or four keys. During this feature reel three will be filled with wild symbols.