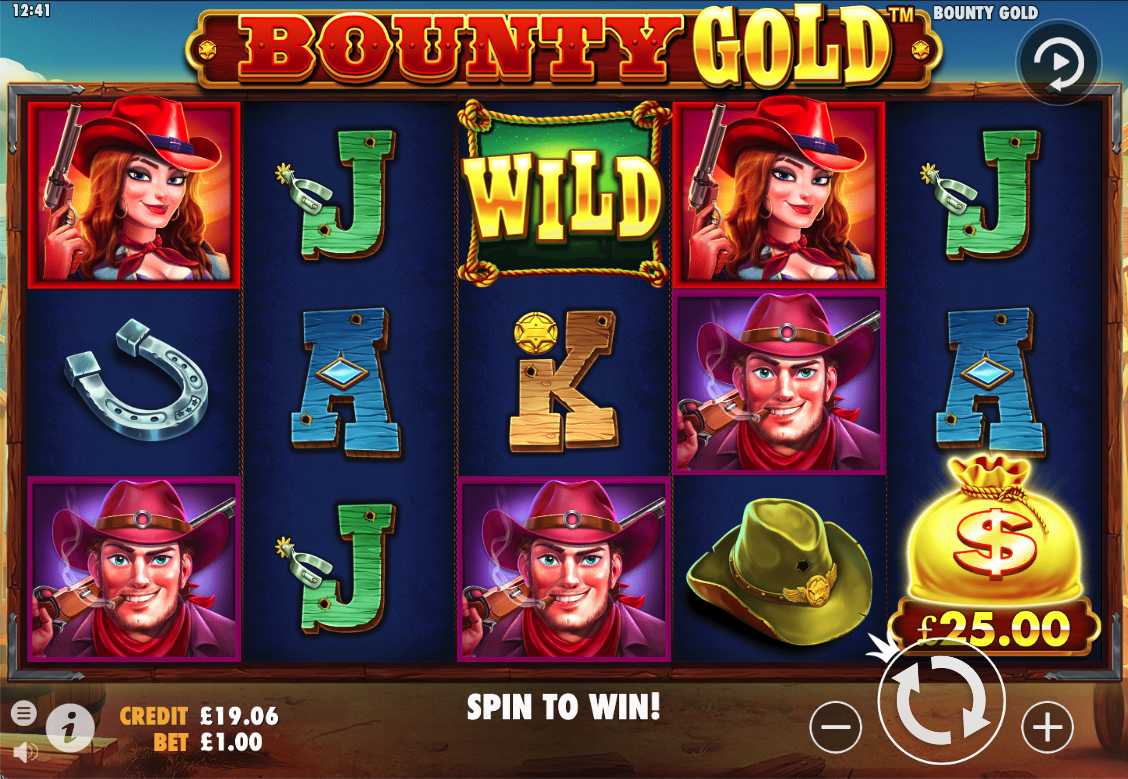 Let’s take a trip out to the Old West to try out this cheery online slot from Pragmatic Play – it’s called Bounty Gold and the prizes which lie behind the saloon doors of this dusty town include the Money Respin feature with its top prize of 5000x the stake.

The reels take up most of the visible space here but if you play in full screen you’ll get to see glimpses of the breezy, parched wooden town in the background; there are twenty five paylines spread over those five reels.

The higher value symbols include the female and male characters, the ten gallon hat and the silver horseshoe; J, Q, K and A make up the lower values. The golden ‘Wild’ is wild, it appears on reels two, three and four and it will substitute for everything else except for the Money symbol.

Each of the Money symbols always displays a cash value proportional to the stake and if you can land at least six on the reels then this feature will trigger and it will take place on between one and four reel sets:

These reels contain only the Money symbols locked into their respective positions and you’ll now get three respins in which any more Money symbols will lock in place also and reset the number of spins to three again.

There’s a win multiplier of 2x, 3x and 4 for the second, third and fourth reel sets respectively but the biggest prizes are reserved for filling these reels up: