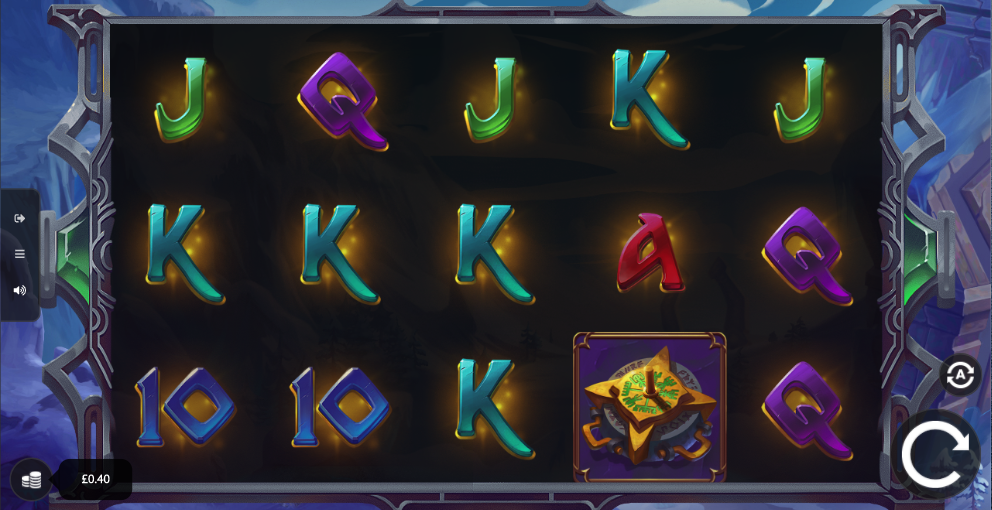 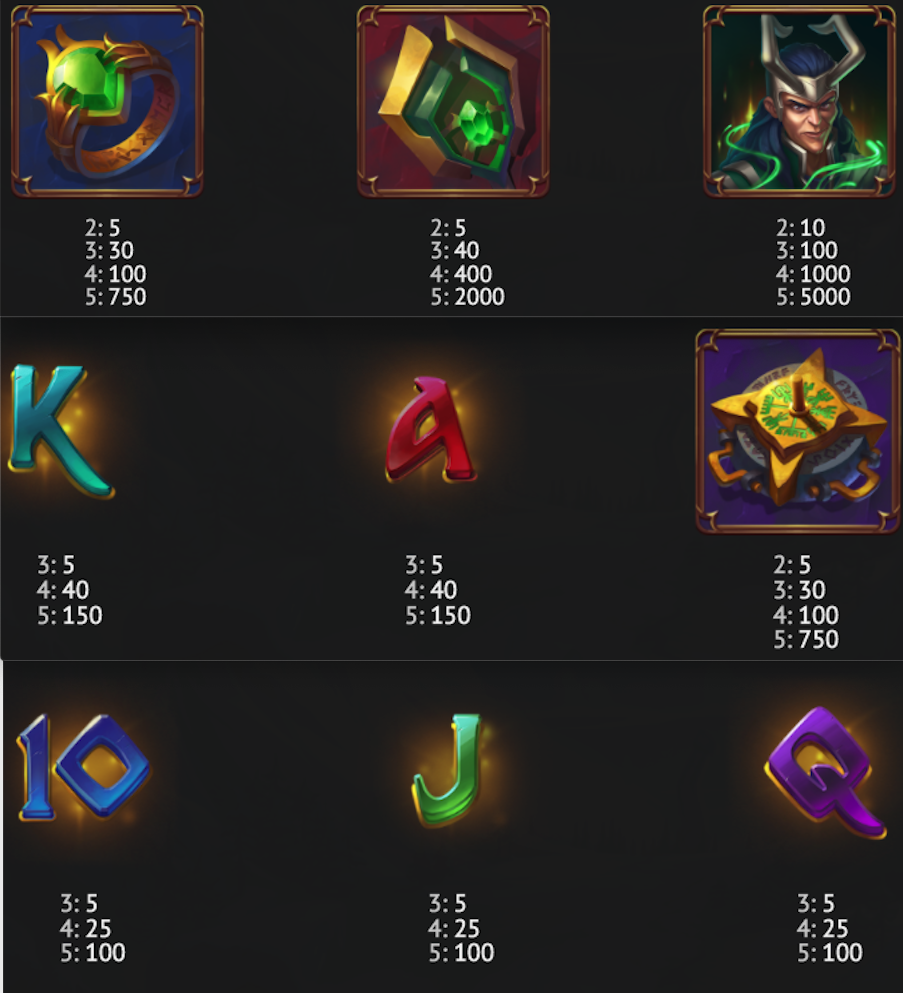 If you’ve spent the last few years enjoying the movies based on Marvel’s Avengers then you’ll know that Loki was the half-brother of Thor – in fact that’s something of a simplification but you can read more about him here; what we’re interested in is this online slot from 1×2 gaming called Book of Loki – it comes with a helping of Norse mysticism and plenty of free spins.

Book of Loki is a five reel slot with three rows and ten fixed paylines; the metallic frame around those reels looks as if was forged in Asgard while the backdrop displays the hazy, blue mountains of this fantasy realm.

The high value symbols include Loki, a mysterious device, his pendant and his ring, both enhanced with green jewels; 10, J, Q, K and A represent the lower values. Imprisoned Loki is both the wild and the scatter symbol and he’ll replace al standard symbols to help form winning combinations.

This is triggered by landing at least three of the imprisoned Loki wild/scatter symbols anywhere in view for which you’ll receive an initial ten free spins although more can be triggered during this round in the same way.

Before the spins start one standard symbol will be selected at random and will expand to fill all positions on its reel when it appears; it will also act as a scatter symbol to make creating some decent wins a bit easier.

We always like a slot based on Norse mythology and while Book of Loki doesn’t pull up any trees so to speak, it’s a very playable addition to this genre with some high quality graphics and animations.