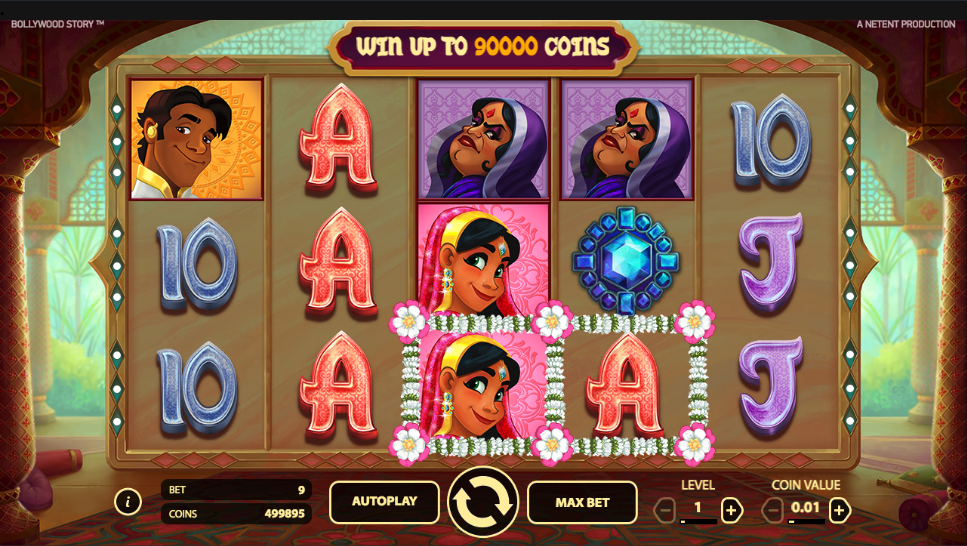 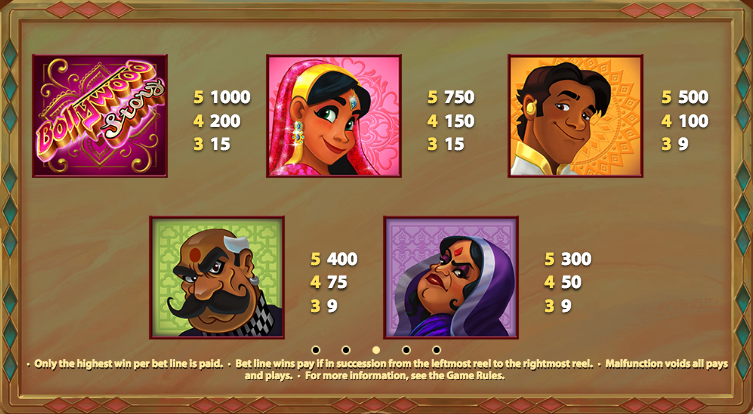 Dancing it’s way onto our screens from the development studios of Net Entertainment is this online slot themed on Bollywood which is based in Mumbai and one of the world’s biggest film industries; it’s called Bollywood Story and it tells the tale of a romance between different castes.

Bollywood Story is five reel slot with three rows and nine fixed paylines; those reels spin within the archway of large house which looks out over a steamy tropical setting as Bollywood music accompanies your gameplay.

The high value symbols include the game’s logo and four characters from the story – two young lovers and (presumably) two disapproving parents; 10, J, Q, K and A represent the lower values.

The wild is a colourful ‘Wild’ surrounded by flowers and it is in fact a floating wild – this means between two and four will float onto the reels after each spin rather being present on them already. They will replace all others to help make winning combinations except for the blue gem scatter symbol.

This is triggered by landing three or more of the gem scatter symbols anywhere in view for which you will receive the following:

More spins can be retriggered by landing the required number of scatters during this round but the really good news is that the number of floating wilds which land on the reels after each spin increases to between three and six for some bigger potential wins.

Bollywood Story is actually quite a basic slot when compared to some of Net Ent’s other games but it’s got plenty of charm, plenty of free spins and those floating wilds which always threaten to help you out. The music is appropriately tip top and there’s an RTP of 96.10%.