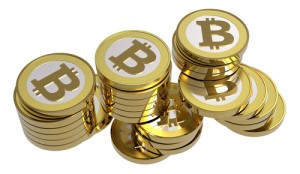 There are no physical Bitcoins

There’s a wide range of payment methods available for those new and existing customers of online casinos and, depending on where you live in the world, those options may differ.  For example, areas where credit card usage is not high may rely more on pre-paid cards but largely, each casino offers similar ways to pay.

There’s a new kid on the block now though in the shape of Bitcoins and this virtual currency may or may not represent the future of online payments and financial transactions.  Very few casinos and online merchants currently offer Bitcoins as a way to pay and there are some solid reasons for that.  Read on to find out what Bitcoins are and the problems associated with them for early adopters.

Back in 2009 a Japanese chap with the pseudonym of Satoshi Nakamoto came up with a way to create a virtual currency which would operate outside the control of any governmental interference; what he eventually devised was a completely online currency which is created by processing power and is traded over peer to peer networks.

To keep it simple, Bitcoins are created via a process known as Bitcoin mining and this involves using a certain amount of computing power to solve a complex mathematical problem.  Once the problem is solved the Bitcoins are created and added to the existing pile.  Over time the problems get harder and the power and time needed to create Bitcoins increases; this is necessary to regulate the value of the virtual currency.

There’s a maximum limit on the number of coins that will be created and that figure is 21 million – at the present rate of creation that mark will be reached in 2140.

The issue with Bitcoins is that their exchange rate is extremely variable; recent months have seen wild fluctuations in the Bitcoin/$ rate and this variability makes usage by the general public a little tricky.  If you’d like to buy yourself some Bitcoins, companies such as Neteller now make it easy to

Bitcoin may have been the first but where they led others followed and there are now a number of cryptocurrencies to rival the original – some of the better known examples are Ethereum, Ripple, Monero and EOS.