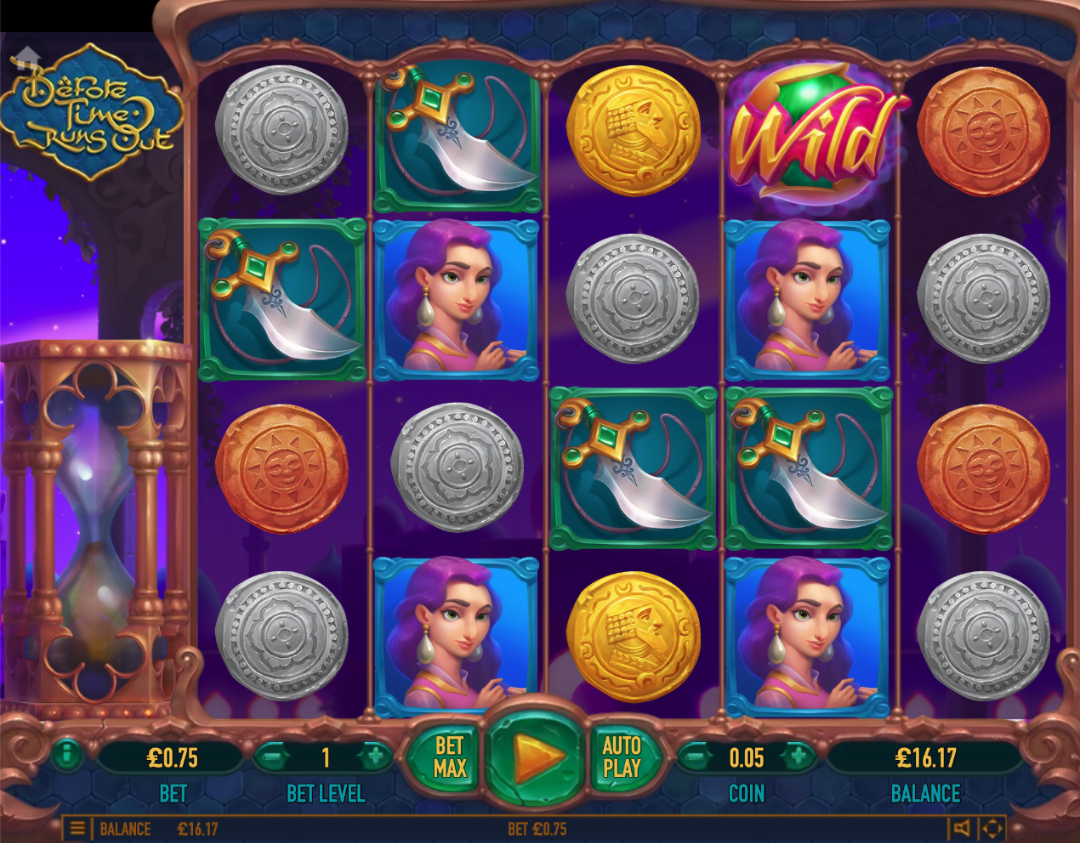 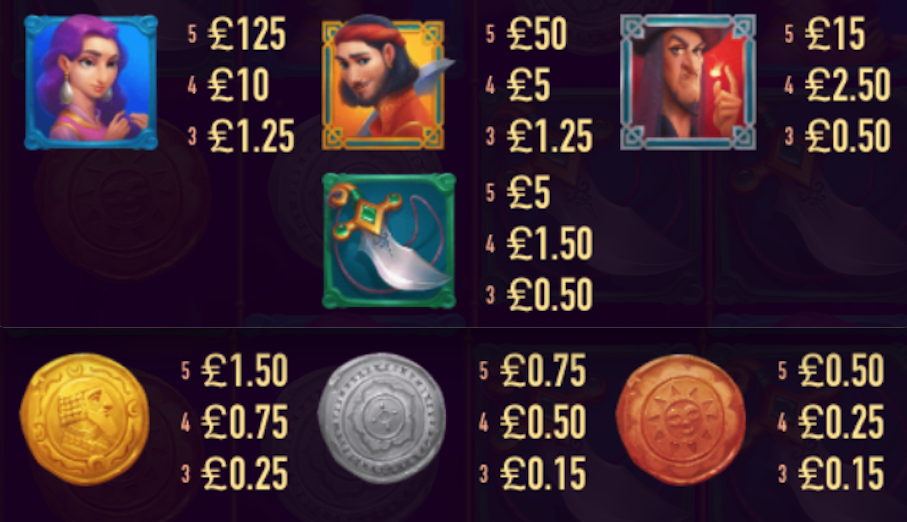 The ancient tales of Arabia are the inspiration for this online slot from Habanero Systems which comes complete with Aladdin Disney-esque graphics and features which include the Duel, free spins and the coin respin bonus; it’s called Before Time Runs Out and you can read all about it here.

Before Time Runs Out is a five reel slot with four rows and a payline structure in which wins can be formed anywhere on those reels, vertically or horizontally as long as there are at least three matching symbols in a row. A Middle Eastern evening full or warn air and minarets creates the atmospheric backdrop.

High value symbols include characters from this story such as the princess, the hero, the Vizier and the sword; gold, silver and bronze coins make up the lower values. The green and gold object is wild and the sand times is the scatter symbol.

Before Time Runs Out Bonus Features

This is triggered by landing our hero on reels one or five and the evil Vizier on reels two to four; the hero will then move across the reels until he’s next to his opponent, leaving up to three wild symbols in his wake.

They’ll now conduct an animated duel with swishing swords and fireballs and if the hero wins more wild symbols are added to the reels before the payout is evaluated. The losing character is then removed from the reels.

Landing three, four or five of the sand times scatter symbols anywhere in view will award 10, 20 or a hefty 50 free spins respectively; the Duel feature is active during the spins and each time our hero wins one a gem is added to the sad timer on the left – six gems will fill the sand times, end the round and award 10,000 the stake.

Blue and red vials also appear during this round and these can award one or three extra spins if the hero moves across one as part of the Duel feature.

Trigger this by landing at least four matching coins of each colour in the base game; three of each will will lock in place for a resin which includes only coins and blanks. Respins continue with extra coins also locking in place until there are more of one colour than another – at that point the more numerous coins will payout, for example gold coins will be worth 50x the stake.

There are some unusual twists and turns in Before Time Runs Out which makes it an interesting slot to play – an innovative payline mechanic, a clever respin round and the Duel feature all contribute to something a little different. Certainly worth some spins!

Before Time Runs Out FAQs

Before Time Runs Out is an Aladdin-themed video slot from Yggdrasil with five reels and wins which pay in all directions.

The Return To Player percentage for Before Time Runs Out is 96.72%.

How To Win On Before Time Runs Out?

Where can I play Before Time Runs Out?