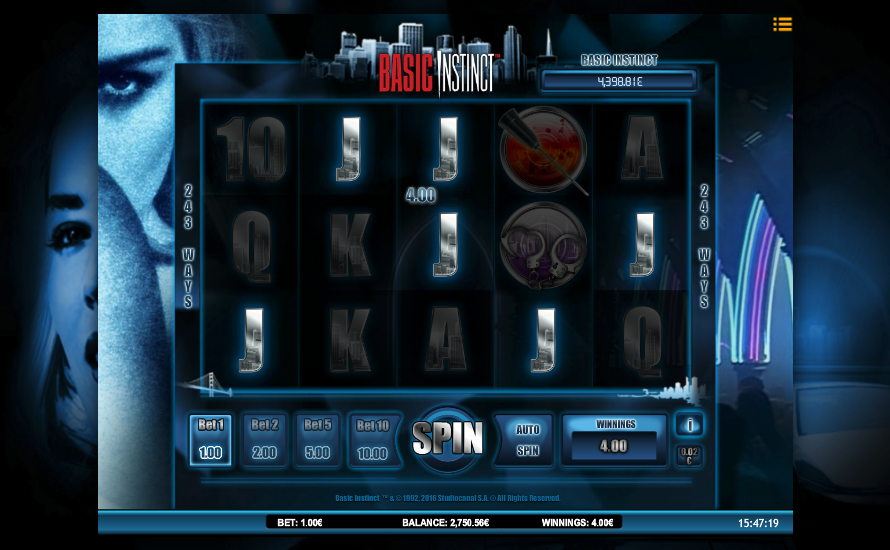 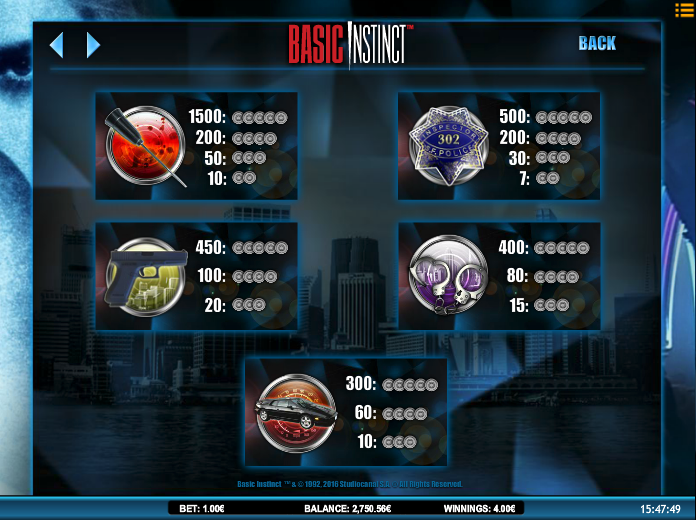 In the far future historians may look back upon the 1990s and refer to it as a decade defined by nudity, murder and shoulder pads; one film which epitomised those variables was Basic Instinct, the Michael Douglas & Sharon Stone vehicle about a detective investigating the killing of a musician. This online slot is based on that tale, it’s developed by iSoftBet and you can find out how it works right here.

Basic Instinct is a five reel slot with three rows and two hundred and forty three ways to win; gloomy reels sit against a montage backdrop of a neon lit nightclub, a cityscape and one of Sharon Stone’s eyes.

Five of the symbols are theme-related and they include an ice pick, a police badge, a pistol, a pair of handcuffs and a black car; 10, J, Q, K and A make up the lower values.

There are three different stacked Sharon Stone wilds which are integral to the bonus features but if only one or two of the stack appears on the reels they’ll act as a normal, one position wild.

This is triggered by landing the Wild Drop wild on all positions on reels one, three or five; on subsequent spins the wild will drop down one position until it disappears.

Trigger this by landing the Free Spins wild on all positions on reel three and you will receive a random amount of spins between twenty and fifty. More spins can be triggered during this round.

This is triggered by landing the Bonus Wild symbol on all positions on reel three and you’ll now get to play a picking game in which you must select the boxes below Sharon to receive cash prizes until you find the round-ending handcuffs. Finding the gun will award the progressive jackpot prize shown in the top right hand corner. 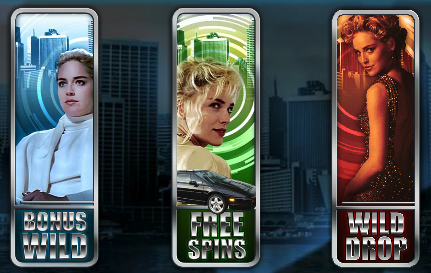 Basic Instinct is another clever and original slot from iSoftBet; it has some contemporary graphics, an appropriate soundtrack, three interesting features and a progressive jackpot. It also comes with a relatively high RTP of 97.99%.