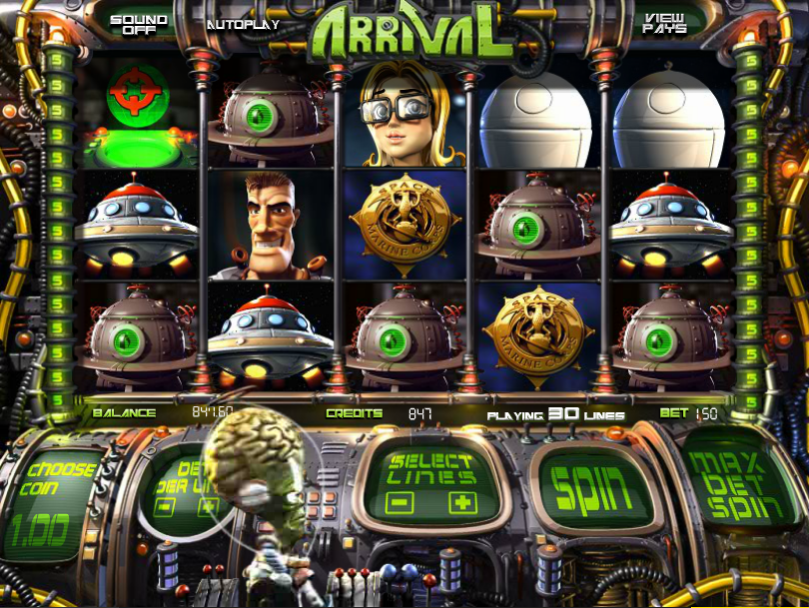 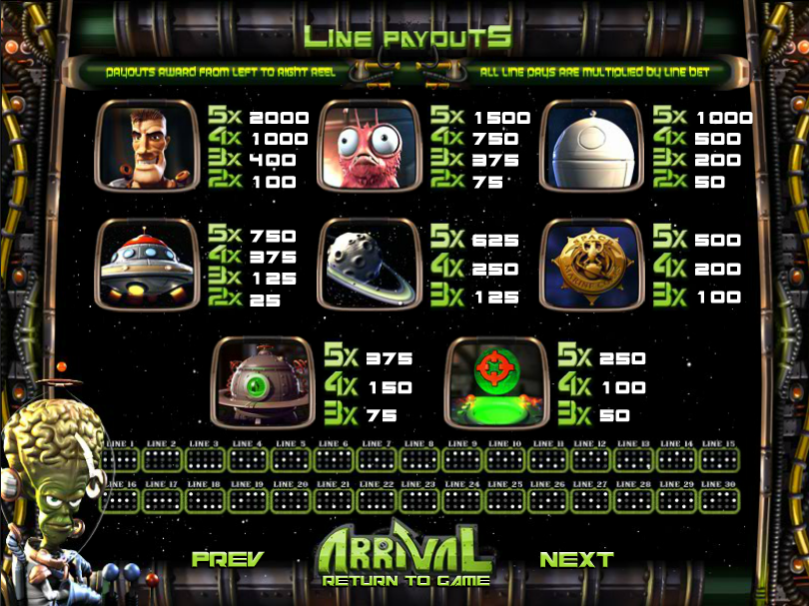 We like an online slot with a solid narrative and we’ve got something pretty close here; our two heroic soldiers are attacking an enemy base when the female one is kidnapped by the evil alien to await rescue. The game is called Arrival, it’s developed by Betsoft Gaming and it comes complete with several bonus features to keep you busy.

Arrival is a five reel slot with three rows and up to thirty paylines; after the introductory (and explanatory) video, the action switches to the interior of the alien spaceship where our big-brained friend sits in front of a control panel watching the action.

There are plenty of theme-related symbols and they include our marine hero, a furry alien, a robot, a spaceship, a planet, a marine badge, the mother ship and a red target.

There’s no wild symbol in this game but scatters include a ray gun, the evil alien and the blonde girl; they all activate various extra features.

This is triggered by landing three or more of the raygun scatter symbols anywhere in view; you will now see a number of UFOs so just pick them to reveal instant cash prizes.

Trigger this by landing three or more of the alien scatter symbols anywhere on the reels; you will now be awarded with a determined number of free spins with one reel completely wild for the duration of those spins.

Trigger this game by landing three of the girl scatter symbols anywhere in view; this is your chance to rescue her and your actions in decisions in doing so will determine the size of your prize.

Arrival may be an oddly-named slot but it’s good fun and a decent addition to Betsoft’s line up. The three bonus features are well thought out and we particularly like the Wild Reel Bonus in terms of prizes. Check it out.