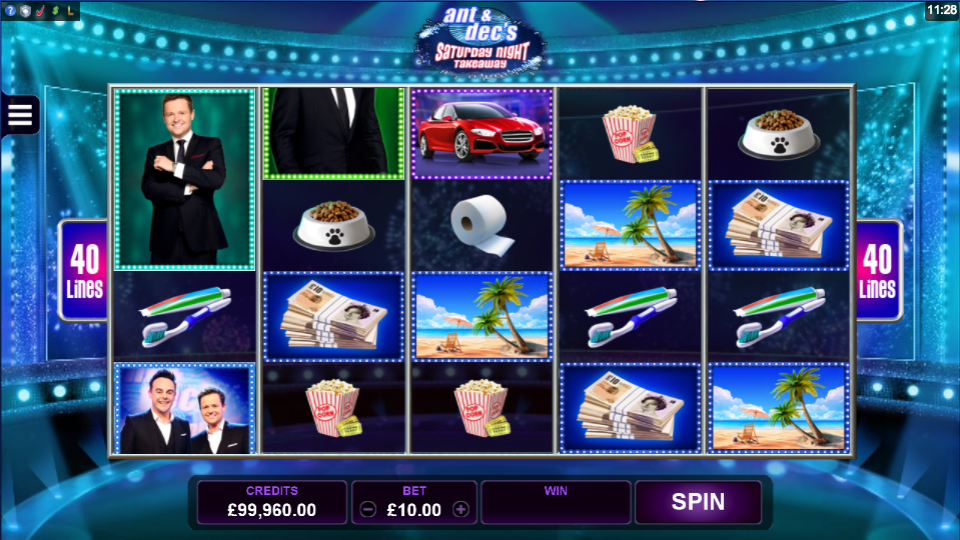 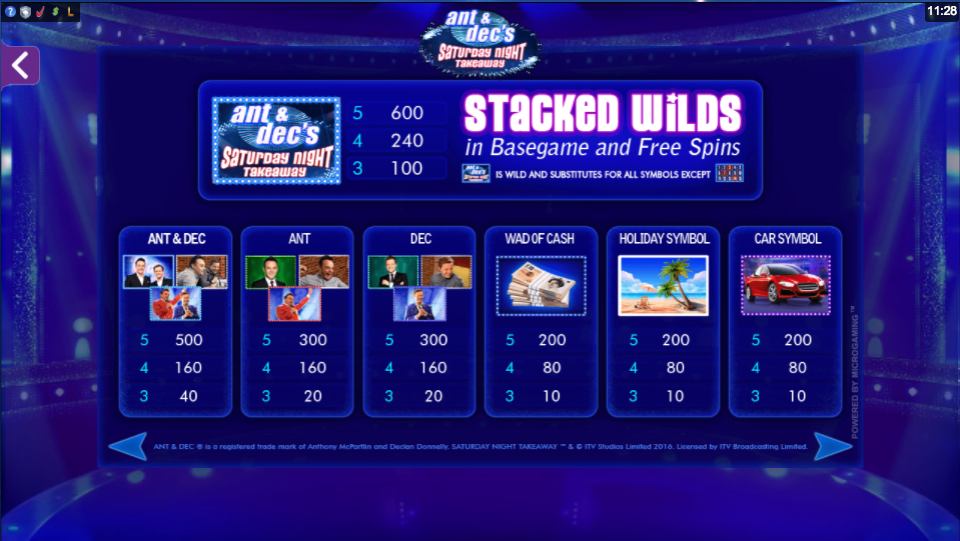 Better known as Ant & Dec, Anthony McPartlin and Declan Donnelly are television’s cheeky chappies withe the Midas touch when it comes to producing and hosting successful entertainment shows; now they have their own online slot based on their Saturday evening show – it’s called Ant & Dec’s Saturday Night Takeaway, it’s developed by Microgaming and you can read all about it here.

Saturday Night Takeaway is a five reel slot with three rows and forty fixed paylines; all the reel-spinning action takes place in the television studio where the live show is filmed and there’s an appropriate soundtrack to accompany your gameplay.

The symbols are all related to the theme and include various pictures of Ant, Dec and then the pair of them together; others all represent prizes on the ‘Win the Ads’ game – cash, holidays, cars, toilet rolls, cat food, a toothbrush and some popcorn.

The game’s logo is wild and it will substitute for all others to form winning combos except for the scatter which is the Win the Ads number board.

This is triggered by landing three or more of the number board scatter symbols anywhere on the reels; the first thing to do is press the red button to reveal an extra bonus as follows:

Now make you pick (or picks) on the Win the Ads board and one of the following prizes will be yours:

Saturday Night Takeaway is a nice tribute to the kings of light entertainment and it comes with a wide variety of features if you can trigger the Win the Ads bonus round; it’s well worth checking out and comes with an RTP of 96.71%.