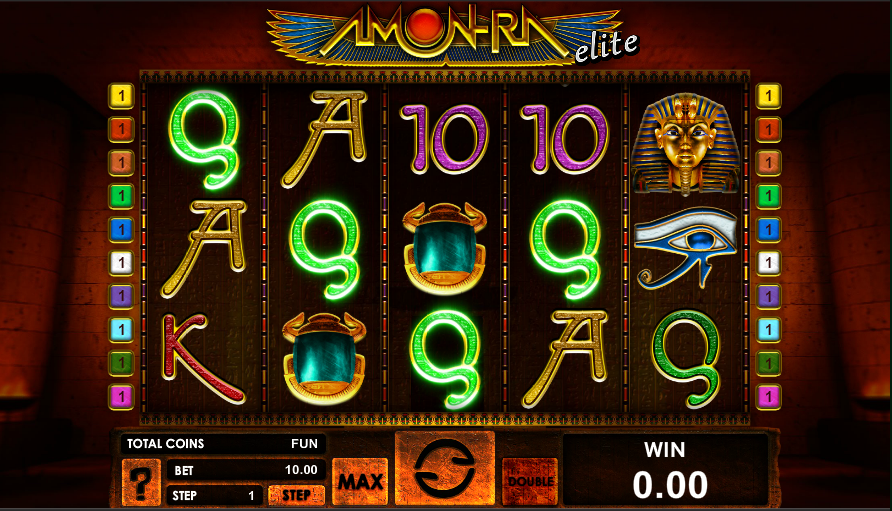 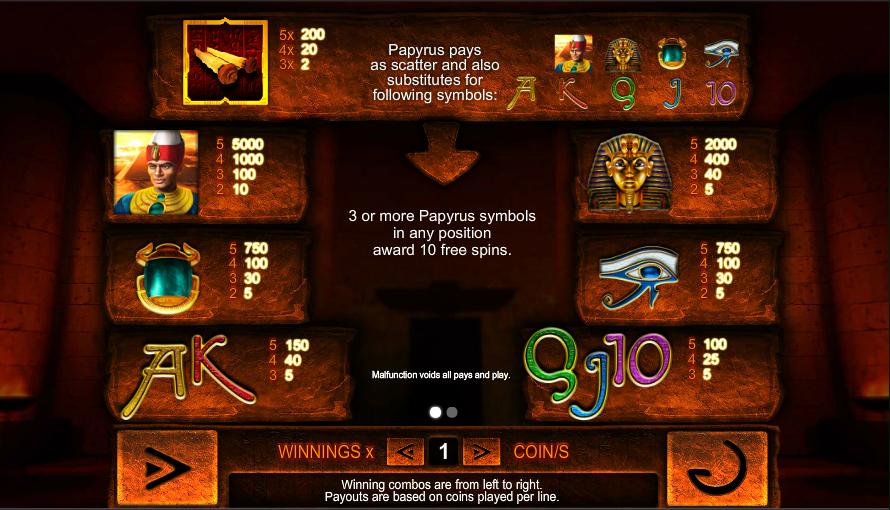 Let’s get back to Egypt then, a familiar destination for veterans of online slot machines and this time it’s to check out Amun Ra, a release developed by Espresso Games which, according to Wikipedia, is themed on the chief deity of the Egyptian empire so he probably deserves his own game – anyway, read all about it below.

Amun Ra is a five reel slot with three rows and ten fixed paylines; the symbols on the reels are bright but there’s a gloomy backdrop which seems to show a hieroglyph-covered wall.

The high value symbols include Amun Ra himself (the most valuable at 5000x your line bet for five on a payline), the Sphinx’ head, the Eye of Ra and a gold/blue object; lower values are the standard 10, J, Q, K and A.

The rolls of papyrus represent both wild and scatter icons and they substitute for all others to form winning combos.

This is triggered by landing three or more of the papyrus wild/scatter symbols anywhere in view and you will initially be awarded ten free spins.

The first thing to do is press ‘Start’ to determine a special symbol; when the spins start each time that symbol lands it will expand to fill it’s entire reels to help out with wins. It will also apply a multiplier to any wins according to the chart above the reels during this round. More spins can be won by landing three more papyrus scatter icons.

Each win can be gambled by clicking the ‘Double’ symbol below the reels and here you have the opportunity to double that win by guessing where the Ace is. You can double up five times but will lose it all if you’re wrong.

Amun Ra is a high quality slot which may not be the best Egyptian-themed game we’ve played, but it’s not too shabby and well worth checking out.