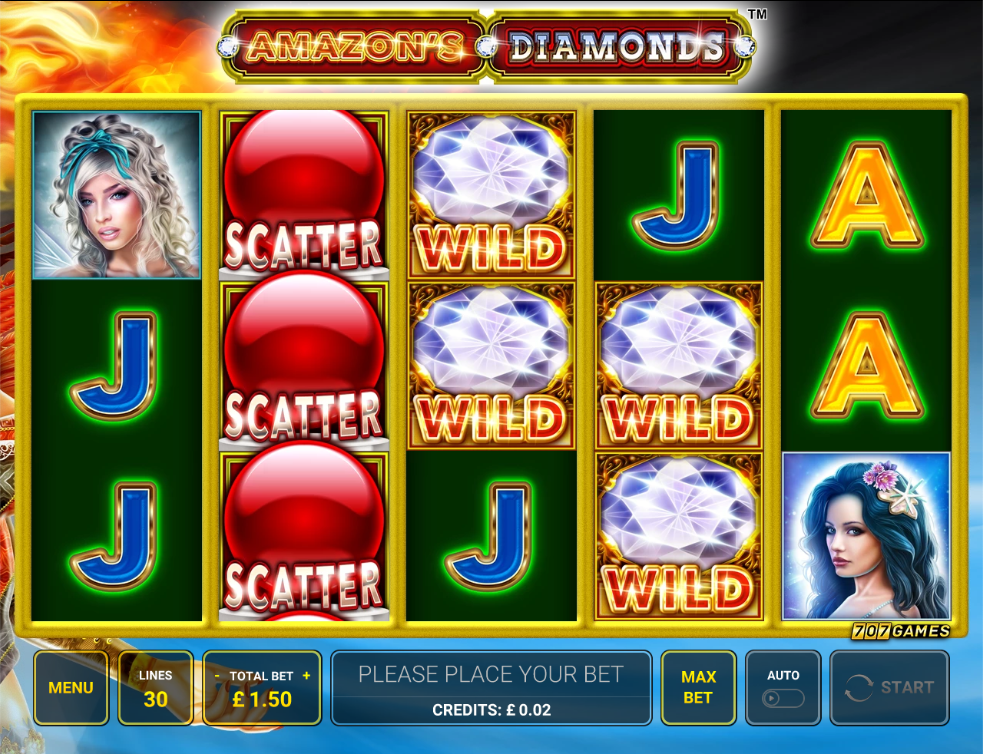 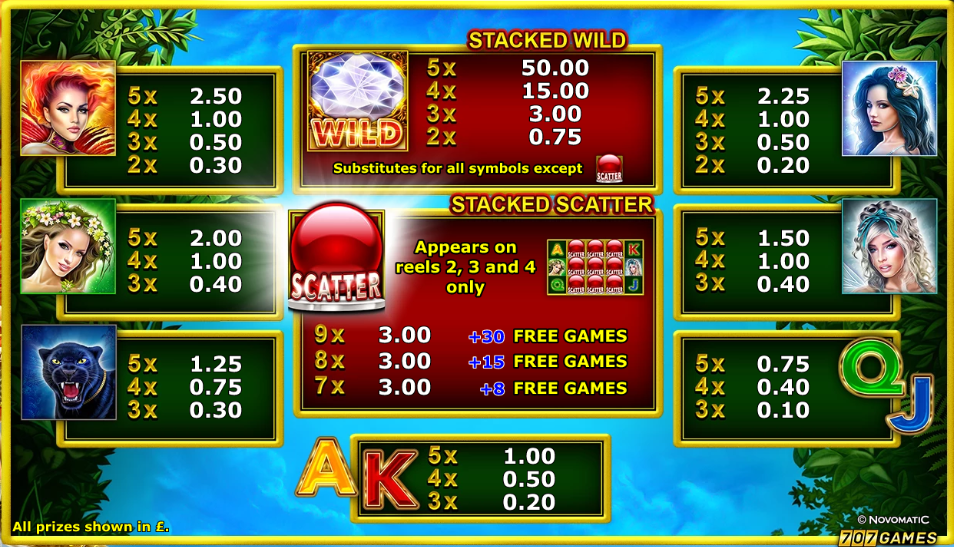 Some online slot machines come with a title which could mean several different things – in the case of Amazon’s Diamonds from Novomatic/Greentube the name is referring to the place where the Amazons live while the narrative concerns four beautiful girls who live there along with a panther, all trying to win the player prizes.

Amazon’s Diamonds is a five reel slot with three rows and thirty fixed paylines; open the reels up to full screen size and you’ll see a red-haired Amazon warrior standing to the left, making sure that all your prizes are paid out in good order.

The five higher value symbols are four Amazonian girls (with red hair, black hair, blonde hair and white hair) and the snarling panther; K and A represent the lower values.

The scattered ruby symbols only appear on reels two, three and four but they’re stacked and so you’ll need to land more than the usual three to trigger this feature:

Unfortunately it’s not possible to trigger any more spins from within this feature.

Amazon’s Diamonds is a perfectly playable slot but it lacks a little oomph when compared to the state of the art graphics and enhanced features available in so many of its contemporaries – spin those reels but maybe not for too long.