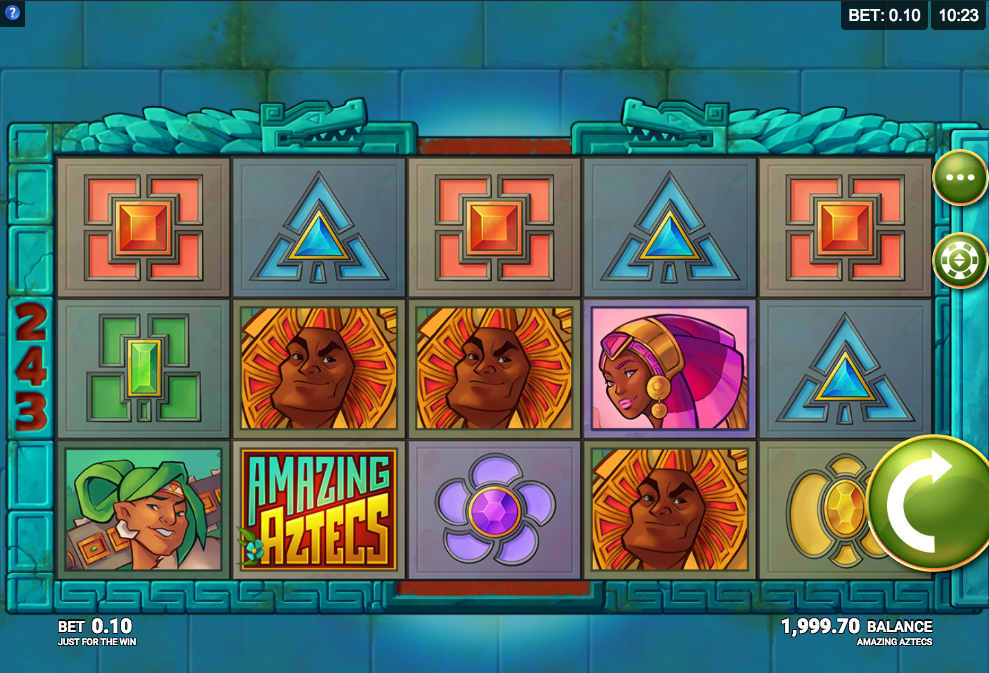 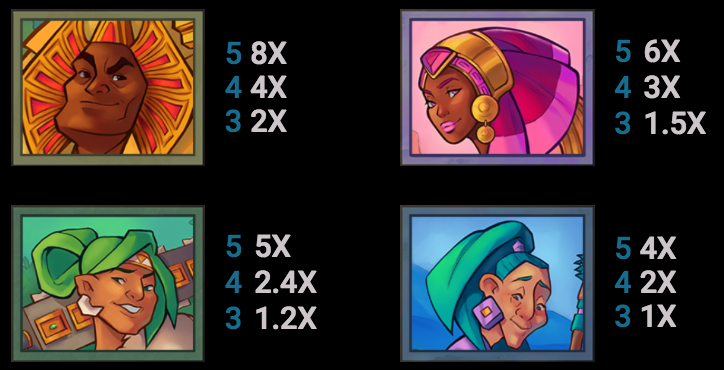 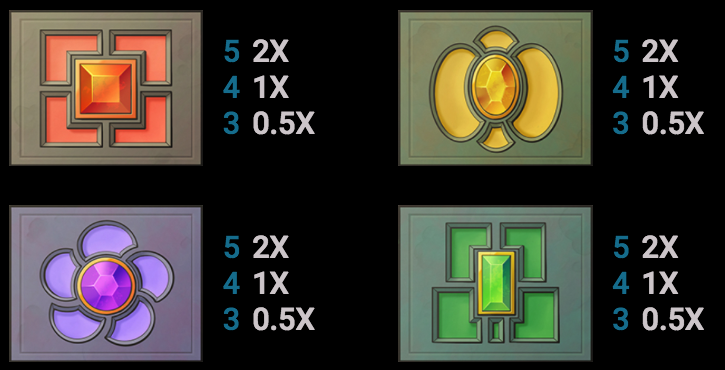 The Aztec empire had a pretty good thing going in the 14th to 16th centuries in what is now Mexico, at least until the Spanish turned up to spoil the party; for a while they probably were amazing and so Amazing Aztecs is an appropriate name for this online slot machine. It’s developed by Just For The Win and it comes with an unusual bonus feature.

Amazing Aztecs is a five reel slot with three rows and two hundred and forty three ways to win which means that there’s no payline structure – wins are formed as long as there are matching symbols in adjacent rows starting from the left hand side. Stone decorations line the reels which are set against a backdrop of neat blue blocks.

There are five higher value symbols which include the game’s logo and four characters – two who look further up the social scale than the others; five coloured shapes – red, yellow, purple, green and blue – make up the lower values.

There are no wild or bonus symbols in Amazing Aztecs. 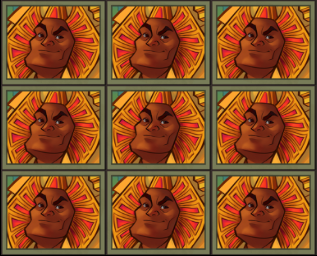 There’s a chance of this Giant Respin feature occurring each time you land a winning spin; you will see a gold light flash around the border of one of the symbol positions on reel three and if it lands on one of the winning symbols, this feature will trigger.

Giant instances of that symbol (2×2, 3×3 and 4×4) will now be added to the reels and you’ll receive a free respin in which, hopefully, that symbol will help out with a nice big win.

Amazing Aztecs is a very playable slot with some nice clear symbols and a nod to a brief period of history which has provided the theme to a number of games over the years; the feature hits quite regularly so you always feel as though a nice win is just around the corner.