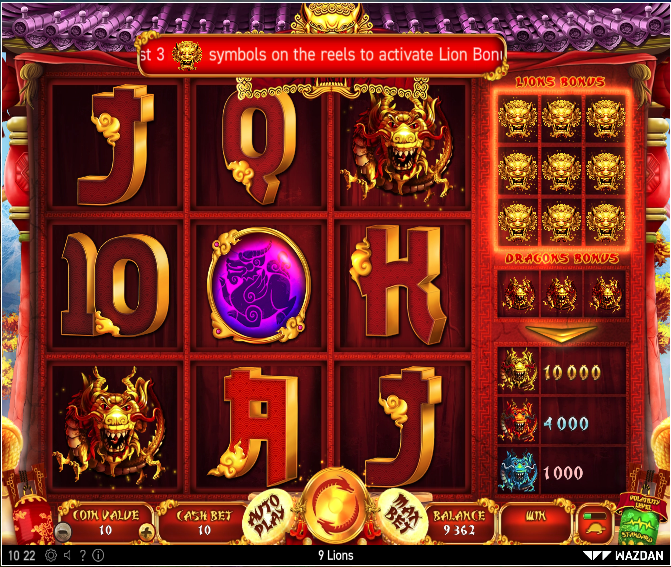 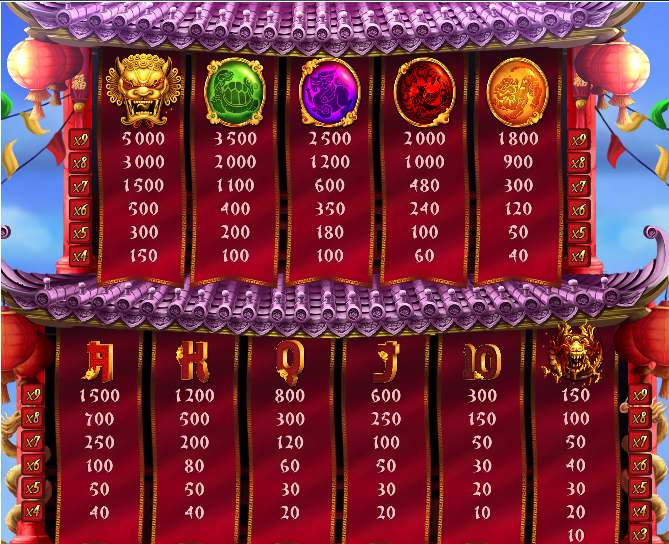 Wazdan do a nice line in online slot machines which use a slightly unusual gameplay mechanic and here we have one more to enjoy – it’s called 9 Lions and behind the Chinese theme there’s some player interaction and two bonus features to aim for.

9 Lions plays out on the 3×3 grid shown above in which the symbols spin within an intricate red frame under a purple tiled roof. The aim of this game is to land at least three or four matching symbols (depending on the symbol) anywhere on the reels to create a win; on the first spin the most likely symbols to win will be locked in place automatically but you can change this if you wish. On the second spin you hope that more of that symbol will land and create (or improve upon) that win.

The five high value symbols are the stylised lion mask and then a range of creatures drawn in Chinese design; 10, J, Q, K and A plus the dragon are the lower values. There are no wilds or special symbols.

Trigger this by landing three dragon symbols across the three centre positions and you’ll now get to play a picking game in which one of the three dragon eggs is selected and reveals a prize.

9 Lions is not as complicated as we’ve made it sound and it’ll all become clear when you start spinning the reels; it’s good fun and we like the option to select your own winning symbols as well as the regularly occurring features.