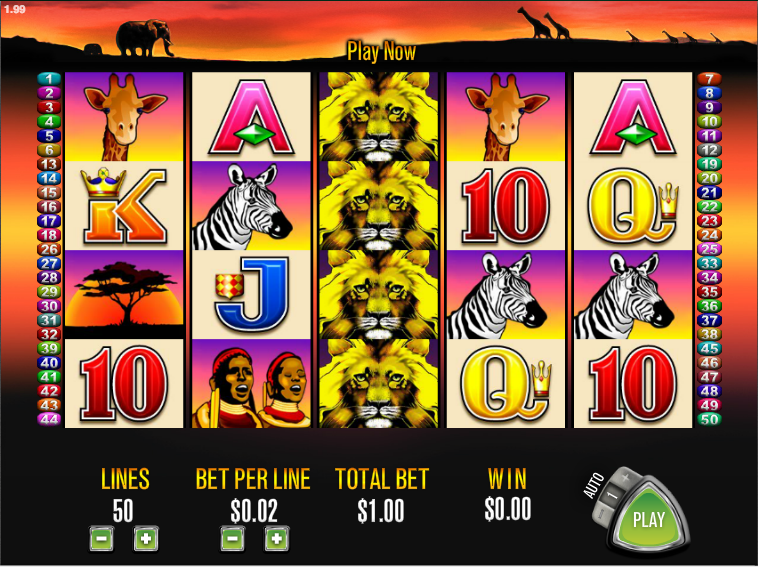 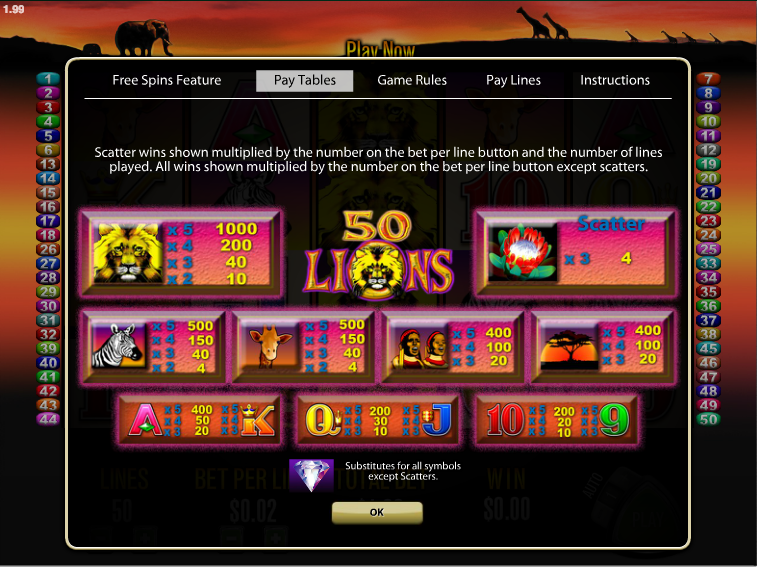 Aristocrat are an online slots developer who make some very nice games, many of which involve a certain number of animals (check out 5 Dragons and 50 Dragons for example); here we bring you one more to add to that list, it’s called 50 Lions, it has a safari theme and you can read all about it below.

50 Lions is a five reel slot with three rows and up to fifty paylines; the graphics are reasonably basic but we like the silhouetted giraffes and elephants roaming in the fading light of the sunset above the reels. The sound effects aren’t really related to theme but they create a busy casino atmosphere around your gameplay.

There are a number of theme-related high value symbols including a lion, a zebra, a giraffe, two tribeswomen and a tree silhouetted  against the setting sun; 9, 10, J, Q, K and A make up the lower values.

The diamond is the wild symbol, it appears on reels two, three, four and five and it will substitute for all others to make winning combos except for the red flower scatter.

This is triggered by landing three or more of the flower scatter symbols anywhere on reels one, two and three; you will receive ten free spins which can be retriggered once only with a maximum award of five spins.

On each spin an extra wild diamond will be added to reels two to five which will remain there until the round is over so the last few spins can see some big wins.

We always like an animal-themed slot so 50 Lions is well worth considering; graphically it may be a bit on the basic side but don’t let that out you off.