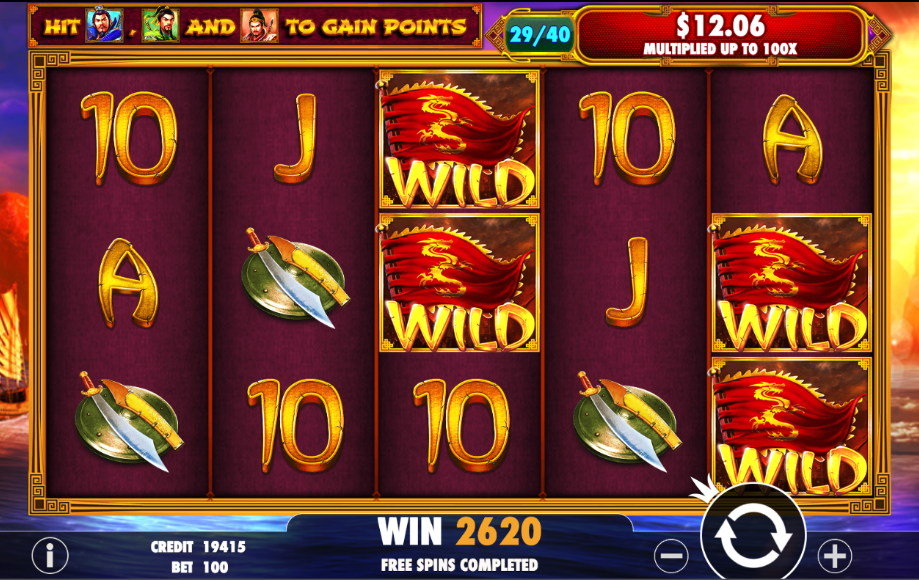 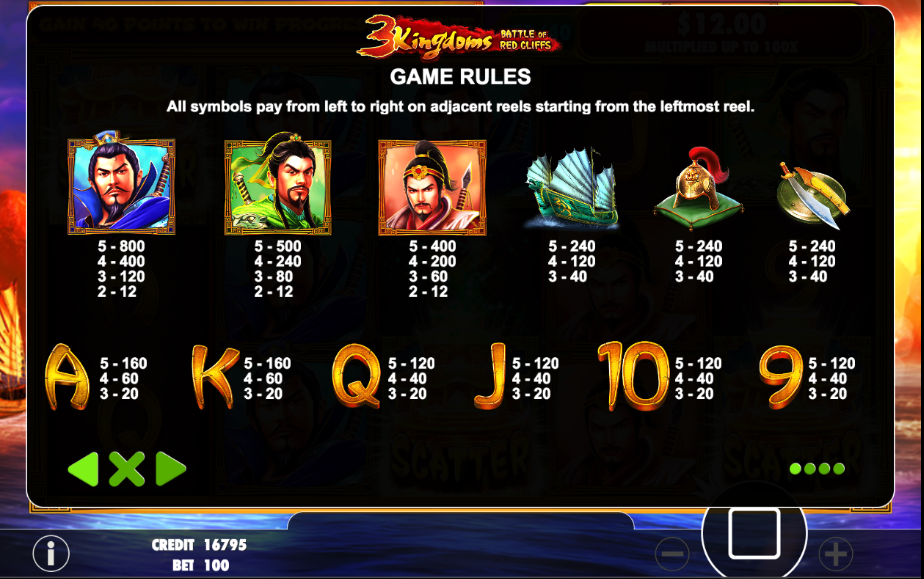 We always enjoy an online based on a real historical event and here we have 3 Kingdoms – Battle of Red Cliffs which narrates the power struggle in 3rd century China between the northern warlord Cao Cao and his southern opponents Liu Bei and Sun Quan.

3 Kingdoms – Battle of Red Cliffs is a five reel slot with three rows and twenty five fixed paylines; neat, gold-rimmed reels surround the action while in the background we can just about make out Chinese warships taking part in what may have been the largest naval battle in history.

The higher value symbols include the three warlords, a Chinese junk, a helmet and a sword; 9, 10, J, Q, K and A represent the lower values.

The wild symbol is a red flag and it will replace all others to form winning matches except for the temple scatter icon which appears only on reels one, three and five.

The jackpot total is shown in the top right hand corner and with each spin 2% of the bet is added to it; each win which contains one of the warlords may award one point and when you’ve collected forty points you’ll get to pick one of eight envelopes which will award up to 100x the prize total to you.

This is triggered by landing three of the temple scatter symbols anywhere on reels one, three and five and you will be prompted to choose one of three options as follows:

More free spins can be won by landing three scatters during this round and you’ll receive the same option you chose first time.

3 Kingdom – Battle of Red Cliffs certainly pays lip service to one of the great naval engagements and it’s good fun to play too; it’s colourful, fast-moving and if you play it long enough you’ll always reach that jackpot (sort of like a loyalty card). This game comes with an RTP of 96.50%.