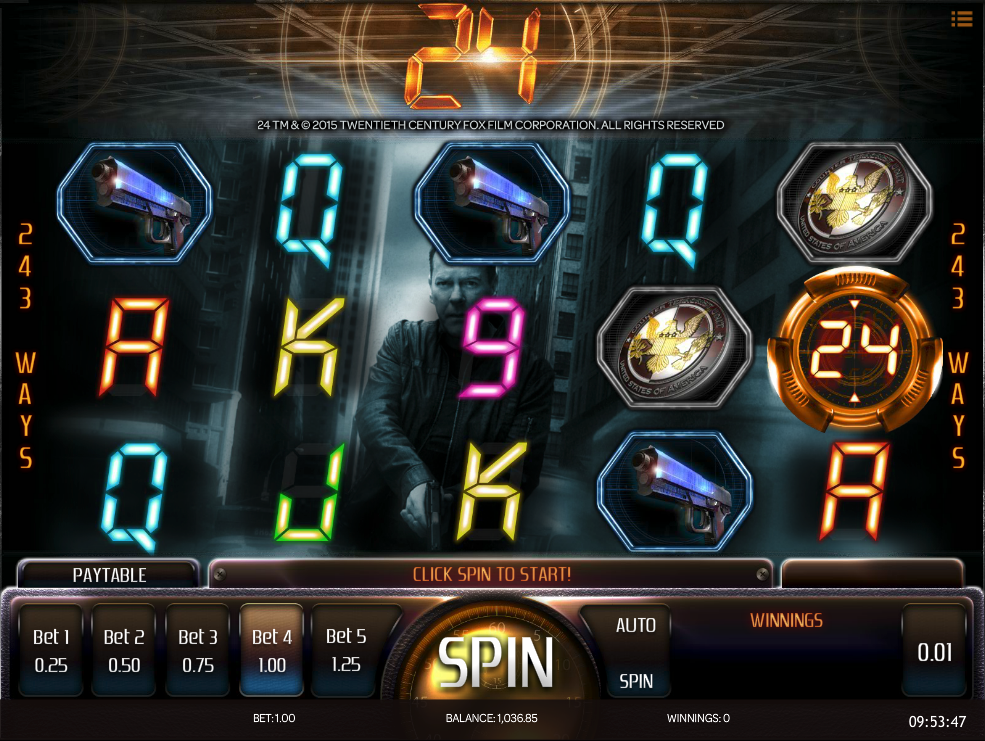 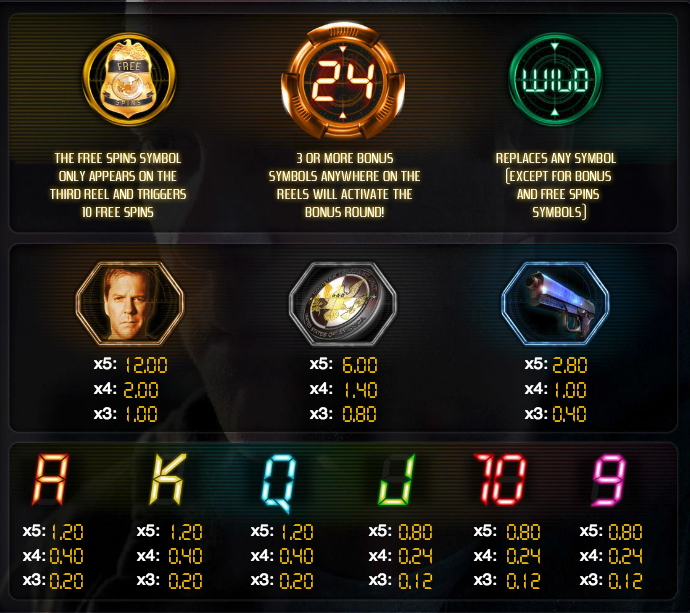 24 was the high octane television series which kept Kiefer Sutherland gainfully employed for many years and which followed his character – Jack Bauer – as he saved the world on numerous occasions in a single day; iSoftBet have now turned it into an online slot of the same name and you can find out how it works right here.

24 is a five reel slot with three rows and 243 ways to win which means that winning combos can be formed as long as there are matching symbols in adjacent rows starting from the left hand side. The graphics and music are straight from the show and the tense atmosphere is created as soon as you start to play.

There are just three high value symbols and these are Jack Bauer, the agency seal and a gun; 9, 10, J, Q, K and A make up the lower values and they’re designed in a way reminiscent of the famous 24 countdown.

The wild symbol is the green ‘Wild’ and it will replace all others to form winning combinations except for the 24 and Free Spins’ icons.

Landing three or more of the 24 bonus symbols anywhere in view will trigger this round with each one awarding one minute in this feature. A bomb now appears and you’ve got to defuse it by cutting the wires, each of which will award a multiplier and more time or reduce the time left. When the time runs out the bonus is over and the prize is awarded.

This is triggered by landing the Free Spins symbol on reel three and you’ll receive an initial ten free spins; this is an action packed round with these extra features:

24 is a properly branded game from iSoftBet and it certainly looks like it – the spirit of the television show is well and truly recreated in the gameplay, the sounds, the graphics and the two bonus rounds. It’s good stuff and it comes with an RTP of 96.07%.