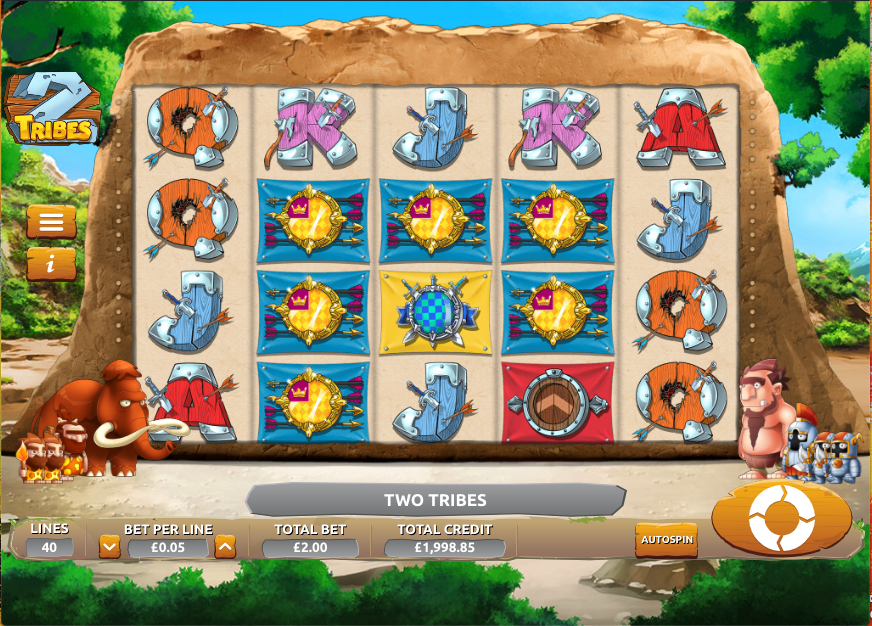 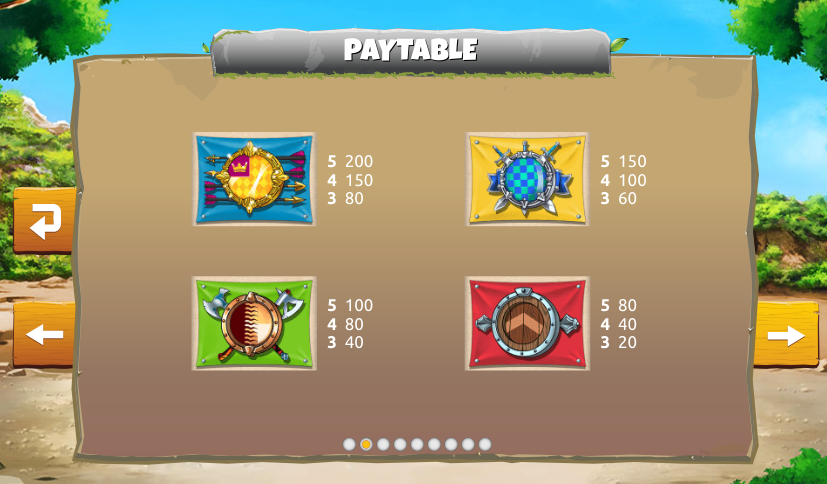 Six competing factions come together in this online slot machine from The Games Company; it’s called 2 Tribes and each of those little groups also wants to award us various prize-winning features as we spin the reels – check out how it works below.

2 Tribes is a five reel slot with four rows and forty fixed paylines; those reels spin on a large lump of rock against a backdrop formed by trees, blue skies and a dry landscape.

Four tribal standards of varying colours – blue, yellow, green and red – represent the high value symbols while a battle-scarred 9, 10, J, Q, K and A make up the lower values.

The wild is an ornate, golden ‘Wild’ which will replace all other symbols to help form winning matches; there’s no bonus symbol in this game.

There are six tribes involved in this game and when they appear at the bottom of the screen looking for a fight they award the following mini-features:

At all times there are two tribes below the reels and one or both of the above features can be active at once; a tribe which leaves will be replaced by one of the others.

2 Tribes offers a clever bonus feature which we don’t think we’ve seen before and it’s also a slot which gives us some lovely, detailed graphics and amusing animations; it’s good fun and comes with an RTP of 95.78%.