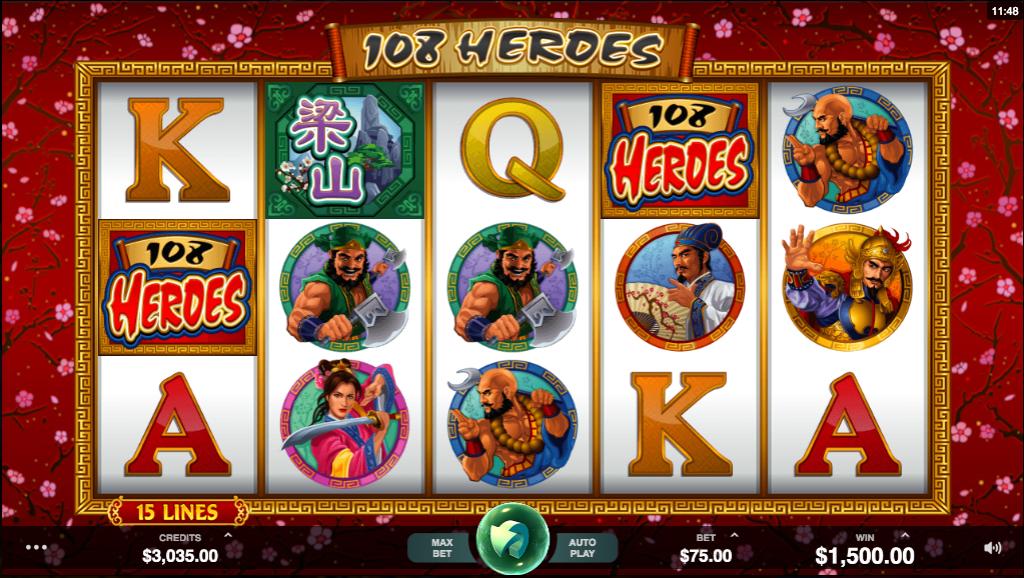 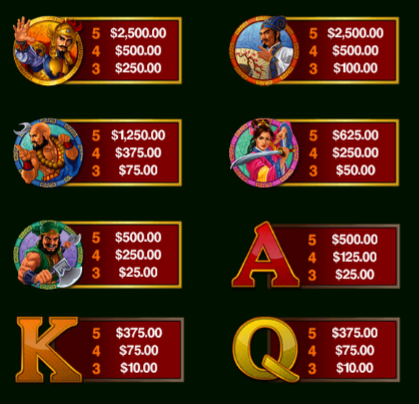 108 Heroes is loosely based on Shui Hu Zhuan’s 14th century tale the 108 Stars of Destiny which you can read about here but essentially it’s about imprisoned stars which come back to the world as heroes to fight for justice; this Microgaming slot is themed on this story and comes with two bonus features.

108 Heroes is a five reel slot with three rows and fifteen fixed paylines; the reels are contained within a very ornate golden frame which is placed against a backdrop of a red sky and pink blossom.

Five unnamed but tooled-up heroes represent the higher value symbols while Q, K and A make up the lower values.

The wild symbol is the game’s logo and it will replace all others to form winning combos except for the chest bonus and the Chinese script icons.

Trigger this by landing three or more of the chest bonus symbols on an active payline starting from the left hand side; you are now faced with twelve chests and you will be asked to pick three, four or five depending on how many triggering symbols there were.

It’s also possible to trigger this feature from within the free spins round.

108 Heroes is based on an interesting theme and it’s a slot which offers some nice animations and two distinct bonus features; it also comes with a slightly-higher-then-average RTP of 97.00%.